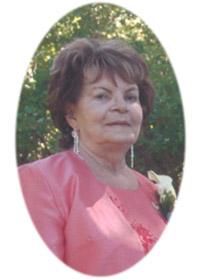 MARY ETHEL BAIRD (NEE ROHALY), of Lethbridge passed away at home on March 29th, 2013 at the age of 76 years.
She is survived by son Richard Emery, daughters Michele (Brad) Jones and Nancy (Bruce) Smith, grandchildren Richard Emery and Michael Emery, and her great-grandchild Hayden Emery.
She is also survived by her brother Andrew (Louise) Rohaly, her dear lifelong friend Vi Hickman, as well as numerous friends, nieces, and nephews.
She was predeceased by her parents Ethel and Frank Rohaly, and brothers Robert and John Rohaly.
Mary was born, raised, and educated in Lethbridge. Her greatest joys in life were her family and friends, enjoying the time spent with the people who were close with her, and the relationships she made during her many years in Lethbridge. Fishing, gardening, and cooking were passions that Mary had and appreciated.
A Memorial Service will be held at CORNERSTONE FUNERAL HOME, 2800 Mayor Magrath Drive South, Lethbridge Alberta on Friday, April 5, 2013 at 1:00P.M.
A private family interment will be held at a later date.
In Memory of Mary, donations may be made to the Multiple Sclerosis Society of Canada, 724-13th St. North, Lethbridge, Alberta T1H 2T1
Honoured to Serve
Cornerstone Funeral Home & Crematorium
2800 Mayor Magrath Drive South
Lethbridge, Alberta T1K 7B1
Telephone ~ (403) 381-7777
Fax ~ (403) 381-3128
Toll Free ~ 1-(888)-381-7778
care@cornerstonefh.ca

No Condolences for “BAIRD Mary”