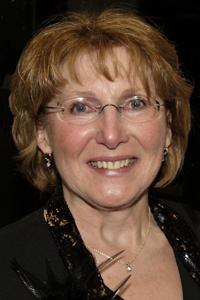 1944 ~ 2013
DR. SHIRLEY BLANCHE DEBOW (nee Hodder) of Lethbridge, beloved wife of Honourable Judge Gerald DeBow, passed away peacefully on March 25, 2013 at the age of 68 years.
Shirley was born to Reverend H.G. Hodder and Blanche (nee Garland) Hodder on May 8, 1944 in Springhill, Nova Scotia and spent her childhood in North Sydney on Cape Breton Island.
Shirley is survived by her husband, Gerry; her children, Jeremy (Petra) DeBow of Lethbridge, Dr. Suzanne (Travis) Sjovold of Edmonton, and Dr. Adrienne (Lucas) Matheson of Edmonton; grandchildren, Noah, Klara, Stella, Fraya, Maryn, Grayson and Bronson; her brother Arthur (Sharon) Hodder of Halifax; her nieces Allison Hannah, Tracey Hoyt, Angela Fitzhugh, Diane Harpell and Tiffany Savary; and nephew Gary Hoyt.
Shirley is predeceased by both her parents and her sister, Alice Hoyt.
Shirley attended Dalhousie University, the Maritime School of Social Work, where she met her husband Gerald and, after moving with him to Alberta in 1966, attended the University of Calgary Faculty of Social Work.
Shirley served as the 10th Chancellor of the University of Lethbridge from 2003 – 2007, and received an Honourary Degree from the U of L in 2008 for her extensive community service efforts.
A celebration of Shirley’s life will be held at 2:00pm on Saturday, April 6, 2013 at UNIVERSITY HALL ATRIUM AT THE UNIVERSITY OF LETHBRIDGE, 4401 University Drive West, Lethbridge, AB with Judge Jerry LeGrandeur officiating.
In lieu of flowers, the family is requesting that donations be made in Shirley’s memory to the Senate Award at the University of Lethbridge. Proceeds will be used to support a literacy award for students. Gifts can be made by calling 403-329-2582, online at http://www.uleth.ca/giving/make-gift or by sending a cheque to University Advancement, 4401 University Dr., Lethbridge, AB T1K 3M4.
Send condolences at www.mbfunerals.com.
Martin Bros. Funeral Chapels Ltd.
610 – 4 Street South
Lethbridge, AB T1J 4P3
Phone: (403)328-2361 Fax: (403)382-3623
Toll Free: 1-800-382-2901
www.mbfunerals.com

No Condolences for “DEBOW Shirley”