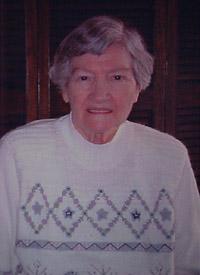 ROELOFINA “FIENY” COENEN, beloved wife of the late John Coenen, passed away peacefully with her family by her side at Edith Cavell Care Centre on Sunday, February 17, 2013 at the age of 92 years.
She is lovingly remembered by her daughter Cathy Auch of Lethbridge, her son John (Yby) Coenen, four grandchildren, Wiley (Eva) Auch, Kevin (Laurel) Auch, Karen Auch and Robert Coenen, as well as seven great grandchildren, Kimberley and Conrad Auch, Curtis; Jeffery and Leah Auch, and Zoe Zeritsch, and Lily Darrow.
She is also survived by two sisters, Willy Van Maanen and Corrie Kortholt of Holland, one brother Jacob Van Laar of Holland and numerous nieces, nephews, great nieces and great nephews.
She was predeceased by her husband John in 1997, son-in-law Don Auch in 2012 as well as two brothers and one sister.
Fieny was born April 18, 1920 in Rhenen, Holland where she was raised and educated. She began her career as a seamstress before meeting John, who was in the Dutch Army. They were married in August 1941, and in May 1953 they came to Canada with two young children settling in Lethbridge. As a fulltime mother, she continued to sew for others, which included many wedding dresses. She enjoyed doing many crafts including ceramics, crocheting, and knitting. Fieny was very active in the Senior’s Centre as well as a member of the Golden Mile singers for many years. She was also a member of the Coalhurst Royal Canadian Legion. She was a loving mother, grandmother and Oma who will be sadly missed by many family and friends.
A Memorial service will be held at CORNERSTONE FUNERAL HOME, 2800 Mayor Magrath Drive South, Lethbridge, on Saturday, April 13, 2013 at 11:00 A.M. with Reverend Terry Shillington, officiating.
In memory of Fieny, memorial donations may be made to Alzheimer Society, #402, 740 – 4th Avenue South, Lethbridge, AB, T1J 0N9.
Honoured to Serve
Cornerstone Funeral Home & Crematorium
2800 Mayor Magrath Drive South
Lethbridge, Alberta T1K 7B1
Telephone ~ (403) 381-7777
Fax ~ (403) 381-3128
Toll Free ~ 1-(888)-381-7778
care@cornerstonefh.ca