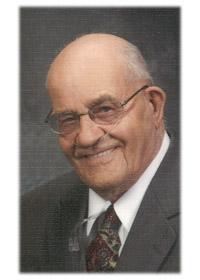 MR. ORVILLE JOHN DORCHAK, beloved husband of Taletta of 62 years of Lethbridge, passed away peacefully surrounded by loving family on April 7, 2013 at the age of 83 years.
Besides his loving wife, he is survived by Beverely (Ralph) Lickiss of Lethbridge, Connie (Rene) Cote of Kelowna, B.C., Roger Dorchak of Calgary, Mark Dorchak of Calgary, Terry Dorchak of Calgary, Ginger (Terry) Rose of Enchant as well as 18 grandchildren, and 12 great grandchildren. He is also survived by one brother Wallace (Karen) Dorchak, and two sisters, Mary Lou (Bud) Smith, Sharon (Allen) McLeod and as well as numerous other relatives.
He was predeceased by his daughter Yvonne, daughter-in-law Sherri, parents John & Marquerite Dorchak, four brothers, mother and father-in-law, as well as two brothers-in-law.
Orville was born June 29, 1929 in Retlaw, AB. He attended school in Enchant where he met and married the love of his life Taletta and they farmed in Enchant for 18 years, later moving to Calgary for 9 years. In 1976 they moved to Vulcan and owned and operated the Dairy Bar for five years, retiring to Lethbridge.
Orville will be lovingly remembered as a wonderful husband, father and grandfather.
Relatives and friends are invited to a Visitation at CORNERSTONE FUNERAL HOME, 2800 Mayor Magrath Drive South, Lethbridge, AB on Thursday, April 11, 2013 from 7:00 PM – 8:00 PM
Funeral Services will be held at EVANGELICAL FREE CHURCH, Highway #4, just east of 43rd. Street Intersection on Friday, April 12, 2013 at 2:00 PM with Pastor Jeffery Frostad officiating.
A private family interment will be held at the Enchant Cemetery.
In memory of Orville, donations may be made the charity of one’s choice.
Honoured to Serve
Cornerstone Funeral Home & Crematorium
2800 Mayor Magrath Drive South
Lethbridge, Alberta T1K 7B1
Telephone ~ (403) 381-7777
Fax ~ (403) 381-3128
Toll Free ~ 1-(888)-381-7778
care@cornerstonefh.ca