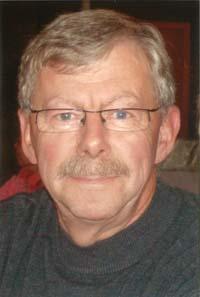 MR. JON ENANDER, beloved husband of Debbie Enander of Lethbridge, passed away peacefully with his family by his side at St. Michael’s Palliative Care Centre on Sunday, April 28, 2013 at the age of 62 years.
He is the loving father to Kristin and Jerrad Shell of Lethbridge.
He was predeceased by his son Michael Enander, his parents Bert Enander & Margaret Stannard, brother Kenn Enander and his mother & father-in-law Joyce & Jim Berry.
Jon was born in Carmen, Manitoba and came to Lethbridge in 1955. He attended school in Lethbridge and graduated from Winston Churchill High School. Jon and Deb were married on August 5, 1972. They raised 2 children together but sadly he was predeceased by his son Michael in 1994.
Jon worked at Wick’s Homes for a few years out of school and also at Palliser Distilling from 1972-1979 before moving on to a 33 year career with the Lethbridge Fire Dept.
Firstly Jon was a dedicated husband and father who was always looking out for and making sure that others were cared for before himself, especially his wife and daughter. He had a wonderful work ethic and did everything with excellence both at work and in his personal life. He never complained and was always an encourager with a great sense of humor. This is reflected by the lifelong friendships that he formed in and out of work. He took great pride in everything he did, from mowing his lawn to fixing absolutely everything rather than throwing it out. If you have ever seen his garage you would know that there was a “part” to make or fix anything, and only he could find it. Another important “part” in his garage was his beloved ’66 Chevelle which he loved to shine up and take out for Street Wheelers weekend. His favorite home away from home was spot #28 at Chinook/Allison Lake in the Crowsnest Pass where he would spend hours sitting and looking at Sentinel Mountain with his 4-legged friend Buddy. Jon was an avid Toronto Blue Jays fan.
A Funeral Service will be held at the COAST LETHBRIDGE HOTEL & CONFERENCE CENTRE, 526 Mayor Magrath Drive South, Lethbridge, AB on Saturday, May 4, 2013 at 11:00 A.M. with Pastor Dick Deweert officiating. Cremation to follow.
In memory of Jon, memorial donations may be made to St. Michael’s Foundation, Palliative Care Unit, 1400 – 9th Avenue South, Lethbridge, Alberta T1J 4V5.
Honoured to Serve
Cornerstone Funeral Home & Crematorium
2800 Mayor Magrath Drive South
Lethbridge, Alberta T1K 7B1
Telephone ~ (403) 381-7777
Fax ~ (403) 381-3128
Toll Free ~ 1-(888)-381-7778
care@cornerstonefh.ca

No Condolences for “ENANDER Jon”