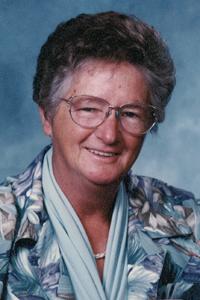 1933 ~ 2013
Mrs. Klasina “Ena” Slomp beloved wife of Mr. Anno Slomp went to be with her heavenly Father on Tuesday, April 30, 2013 at the age of 79 years, after a battle with cancer.
Klasina Slomp (nee VanderVeen) was born in Groningen, the Netherlands; she later immigrated to Canada in 1955. She and her loving husband of 57 years, Anno, raised 6 children: Klaas (Deb) of Lethbridge and their children Jessica (Brian Cool), Laura (Dan Booy), and Brad (Nicole); Mike (Judy) of Edmonton and their children Stefan (Kim), Caitlin, and Genieva; Flo, of Edmonton; Allan (Betty) of Nobleford and their children Shelly, Matthew (and fiancée Alex Van Seters), Scott, and Alyssa; Grace (Mike Pool) of Vienna, Virginia and their children Jordan and Joel; Mel (Anita) of Edmonton and their children Kyria, Cameron, and Julia. She also took delight in 3 great grandchildren. Ena has two surviving sisters in the Netherlands. In addition, she enjoyed the love of an extensive extended family and numerous friends.
She lived a grace-filled life, showing gentleness to everyone in her path. She was active in her church community and in areas of special interest such as prison ministry.
Friends and family may pay their respects from 7:00 – 9:00 pm on Friday, May 3rd at MARTIN BROTHERS RIVERVIEW CHAPEL | 610- 4th Street South, Lethbridge.
A service celebrating her life will be held at 1:00 pm on Saturday, May 4th, in the NOBLEFORD CHRISTIAN REFORMED CHURCH, with Pastor Jim Zondervan officiating.
Send condolences at www.mbfunerals.com.
Martin Bros. Funeral Chapels Ltd.
610 – 4 Street South
Lethbridge, AB T1J 4P3
Phone: (403)328-2361 Fax: (403)382-3623
Toll Free: 1-800-382-2901
www.mbfunerals.com

No Condolences for “SLOMP Klasina”