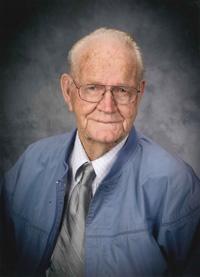 February 27, 1928 – June 3, 2013
It is with both sadness and relief that the family of Lawrence Roe announce his passing into the arms of His Kind and Loving Heavenly Father. He will be dearly missed by his children: Kathy (Len) Wegwitz, Donna (David) Rasmussen, Rob (Deb), Randy (Ivana), and Cari (Cory) Bevans; 32 grandchildren, 109 great grandchildren, and 3 great-great grandchildren; sisters-in-law Margaret (Gerald) and Kay (Ken) Roe; 2 nephews and 5 nieces; and his many,many friends. We thank his very special and dedicated friends: Iva Beck and family, Tom Olsen, and Ed Stapleton for their continual love and support during dad’s illness.
Dad is preceded in death by his parents Bert and Izora (Dearinger) Roe, his brothers and sister Gerald and Ken Roe and Rosalie Cheeseman, his grandson Chad Rasmussen and his great grandson, Quinn Kaupp.
Dad loved life! He loved dancing, playing cards, musical theatre productions and any kind of road trip. The Cardston basketball will never be the same without him cheering those Cougars on!
Most of dad’s life he was a farmer. He started out in Woolford working with his dad and ended in Leavitt. He took a short break in between the two and became a grain buyer for the Alberta Wheat Pool. However, he found it to be too confining working indoors and when the opportunity came to buy his own farm in Leavitt, he did it. He tried sheep, but didn’t like them much so switched to milking cows. He didn’t like that much either, but it paid the bills and supported his family. His favorite, however, was working the land and watching the crops grow and become ready to harvest. After retiring, one of dad’s favorite past times was to just jump in the car with family or friends and go for a ride in the country to ‘see how the crops are doing’.
A few days ago, on a particularly warm day, he still wanted to go for a ride outside. Unable to get into a car, he was bundled up, sat in a chair, and over the bumps in the road he did go, soaking up every bit of sunshine he could. That was his last good day.
Our family would like to thank the many kind people who cared for dad. He has many special friends and family members who spent endless hours in his care. We’d also like to thank Dr. Clarke and the nursing staff for their care and attention during this time.
Everyone is welcome to ‘meet the family’ at the Leavitt L.D.S. Chapel, ONLY on Friday, June 7th from 7:00 to 8:00 p.m.
The Funeral Service will be held at The Church of Jesus Christ of Latter-day Saints, Leavitt, Alberta on Saturday, June 8th, 2013 at 11:00 a.m.
Legacy Funeral Homes Ltd.
P.O. Box 208
Cardston, Alberta T0K 0K0
Phone (403) 653-3222
Fax (403) 653-3677
legacyfh@telus.net

No Condolences for “ROE Lawrence”