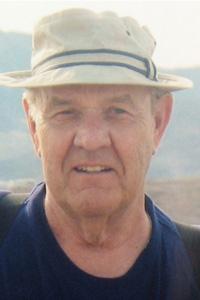 August 30, 1941 — June 14, 2013
On Friday, June 14, 2013, Herbert Allen Wilcox, a longtime resident of Beaverlodge, Alberta, passed away peacefully at the age of 71 years.
Herb was born in Lethbridge to Joseph and Esther and grew up in southern Alberta where he learned the family business — farming. Herb went to high school at LCI where he excelled at playing football. During this time he met the love of his life Sherrolynne Ruth Wintemute whom he married on November 29, 1969. After a few more years in southern Alberta, they moved to the Beaverlodge area where they turned a section of land into a beautiful farm on which to raise a family.
He will be sadly missed by his sons: Kayedon (Tamara), and LeeRon; sisters: Barbara, Janice, and Esther; grandchildren Kourtney and Kali; and also by numerous other relatives and friends.
Herb was predeceased by his loving wife Sherry; and sisters Marion and Julie.
For anybody wishing to pay respects, a casual gathering will be held on Saturday, June 22, 2013 from 12:00pm to 4:00pm at the family farm located 4 miles east of Hinton Trail Hall
In lieu of flowers, memorial donations may be made to the Cross Cancer Institute (11560 University Ave. Edmonton, AB T6G 1Z2), or to a charity of one’s choice.
Condolences may be sent by visiting www.oliversgrandeprairie.com
Oliver’s Grande Prairie Funeral
Chapel & Crematorium
10005-107 Ave. Grande Prairie, Alberta T8V-1L8
(780) 532-2929
“Dedicated Service Since 1915”