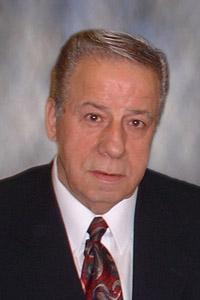 GIUSEPPE ANTONIO NEKICH, beloved husband of Helga Nekich of Lethbridge, AB., passed away at the St. Michael’s Palliative Care Centre on June 24, 2013 at the age of 81 years. He is the loving father of daughter Linda Nekich Angermeier (husband Peter) of Taber, AB., sons Bruno (Dina) Nekich of Edmonton, AB., and Rob (Lori) Nekich of Allentown, PA, as well as seven grandchildren and seven great-grandchildren. He is also survived by his brother Guido of Lethbridge as well as many nieces and nephews. He is predeceased by his father Santo, mother Giovanna and brothers Bruno, Aldo and Reno. Giuseppe was born in Zara, Dalmazia and arrived in Canada in 1951. He married Helga in 1956 and worked at Purity Dairy and Palm Dairies. They lived in Edmonton from 1966 until 2009 where he worked at Edmonton Catholic Schools and as a tetra pack operator. He moved his family back to Lethbridge in the fall of 2009. He was a crossword enthusiast and had a great knowledge of historical and geological facts. Thank you to all the doctors, nurses and staff at St. Michael’s for your awesome care and kindness. Thank you to family and friends from all over the world for all your prayers and encouragement. A Celebration of Life will be held at CORNERSTONE FUNERAL HOME, 2800 Mayor Magrath Drive South, Lethbridge on Friday, June 28, 2013 at 11:00 A.M. with Deacon Cliff Bogdan officiating. In memory of Giuseppe, donations may be made to the Canadian Cancer Society, 317-10th Street South, Lethbridge, AB. T1J 2M7, or a charity of your choice.
Honoured to Serve
Cornerstone Funeral Home & Crematorium
2800 Mayor Magrath Drive South
Lethbridge, Alberta T1K 7B1
Telephone ~ (403) 381-7777
Fax ~ (403) 381-3128
Toll Free ~ 1-(888)-381-7778
care@cornerstonefh.ca