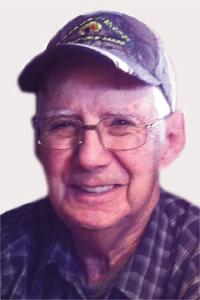 1937 – 2013
Joseph Robert Ernest Taillefer, beloved husband of Stephanie Taillefer, passed away in Taber on Thursday, October 10, 2013 at the age of 76 years. Relatives and friends are invited to Prayers at St. Augustine’s Catholic Church, 5009 – 48 Avenue, Taber on Wednesday, October 16, 2013 at 7:00 P.M. The Funeral Mass will be celebrated at St. Augustine’s Catholic Church, 5009 – 48 Avenue, Taber on Thursday, October 17, 2013 at 11:00 A.M. with Reverend Vincent TuanHa, Celebrant. Burial to follow at the Taber Memorial Garden. Condolences may be forwarded by visiting our website at www.southlandfuneral.com. Besides his loving wife Stephanie, he is survived by his children Rob Taillefer of Taber and his daughter Harlea, Anitta (Lenny) Barry of Taber and their children Sydney and Whitney; sister Monell (Bill) Merkl. He is also survived by his sisters-in-law Louise Taillefer and Anne (Mike) Kolaric; brothers-in-law Joe (Brenda) Fiddler, Bill Henke, Bing Meldrum, Mike (Mary) Gockij and Frank Gockij; aunts Roxy McCallum and Joyce (Norman) Vornbrock as well as numerous nieces, nephews and cousins. He was predeceased by his parents Fred and Neva Taillefer; brother Jerry Taillefer; sisters Darlene Fiddler, Arlene Henke and Charlene Meldrum; father and mother-in-law Ted and Irena Gockyj as well as numerous nieces and nephews. Bob was born in Tisdale, Saskatchewan on April 25, 1937 and grew up in Clemenceau, Saskatchewan. He worked in the bush for Freddy Winter (where he made and drank the best coffee ever made in a tin can over a open fire, your choice to pick out the pine needles or not). Bob also worked as a heavy equipment operator in Saskatchewan as well as Flin Flon, Manitoba. He moved to British Columbia in 1965 and worked in road construction. In late 1965 he moved to Milk River where his interest in mechanics grew while working for Quinn Motors. In 1968 he moved to Taber to work for the Taber Sugar Factory where he apprenticed and obtained his heavy duty mechanics license. In 1972 he met Stephanie Gockij who became his wife on July 23, 1974. They welcomed their son in 1975 and completed their family in 1977 with a daughter. Bob retired from Rogers Sugar in 1996. He enjoyed teasing (tormenting) all children especially his granddaughters and loved spending time with his family. Bob and Stephanie traveled around Saskatchewan, Alberta and British Columbia visiting family and friends. He also enjoyed visiting with all of his coffee buddies and was always ready to lend a helping hand. Bob really liked going to auctions whether it be farm, cars or junk (as granddaughter Sydney said). He will be missed by all who knew him. If friends so desire, memorial tributes in Bob’s name may be made directly to the Alberta Children’s Hospital, 2888 Shaganappi Trail N.W., Calgary, Alberta T3B 6A8. Arrangements in care of Southland Funeral Chapel, Taber. Telephone: (403) 223-8778.