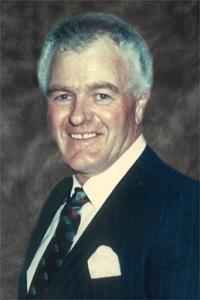 We are deeply saddened to announce the passing of John Schwengler, who died suddenly on February 3, 2014. For everyone that knew him I think it would be safe to say, that our Dad was no ordinary man. Growing up on the farm in Saskatchewan, his stories began and lead to a life time of family and adventure, beginning with his marriage to our mom Mary, who passed away in 2007. Dad lived his life to the fullest and embraced new opportunities without hesitation. In his younger years, he did not give a second thought to racing a canoe or riding a wild horse. With everything he did, he gave it his all, whether that meant creating a beautiful Christmas light display, playing music with friends, flooding a skating rink or rebuilding an engine. Besides his full time job as a truck driver, Dad managed to squeeze in several other activities. Camping, ice and fly fishing, growing vegetables and flowers in the summer time, wood working, skiing, trail riding with his beloved horse and a few New Years Day Polar Plunges! Dad, alongside his wife Mary, created and organized both the Lethbridge Triathlon and the Moonlight Run, and through this he could share his passion and excitement for sport with the community. Still, he found enough time and energy to train as a runner and eventually as a triathlete where he competed in numerous races including Ironman Canada and the World Championships in England. Through it all, family always came first. His love for his entire family was enormous. Thank you for showing us what living really means. Your strength, determination, and gentle heart will be greatly missed, but never forgotten. John is lovingly remembered by his children, Tammy (Grant) Hollingsworth, Terry (Marci) Schwengler, and Tricia (Jerry) Davey. Grandchildren, Jamie, Jay, Emily, Abigail, Joel, Carter and Riley. A Memorial Mass will be held at ST. BASILS CATHOLIC CHURCH, 604 – 13th Street North, Lethbridge on Friday, February 7th, 2014 at 11:00 A.M., with Father Kevin Tumback, Celebrant.