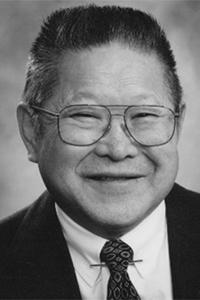 1933 — Welling, AB – 2014 — Calgary, AB
Henry “Hank” Shimbashi, our beloved father and grandfather passed away peacefully on February 6, 2014 at the age of 80 years. Henry was born on April 5, 1933 in Welling, Alberta. He is survived by his children, Michael (Jenny), Michaelle, Rhobin (Andre), Sandra (Gord), and Blair (Elizabeth); his grandchildren, Scott, Todd, Emily, Lauren, Cory, Joshua, and Connor; his sisters, May Takahashi and Kathleen Murakami; his brothers, William (Micheline) Shimbashi and Patrick (Dianne)Shimbashi; sisters in law, Kay Shimbashi (Albert) and Margaret Shimbashi (Edward). He was predeceased by his wife, Sunao; his son, Malcolm; his parents, Zenkichi (James) and Teru Shimbashi; his brothers, Edward, Albert, George, Yeikichi; his sister and brother-in-law, Helen and Norman Ikebuchi; and brother-in-law, Joe Takahashi. Those wishing to pay their respects may do so at McINNIS & HOLLOWAY’S Crowfoot Chapel (82 Crowfoot Circle N.W. Calgary, AB), on Sunday, February 16, 2014 from 3:00 to 5:00 p.m. Funeral Services will be held at McINNIS & HOLLOWAY’S Crowfoot Chapel (82 Crowfoot Circle N.W. Calgary, AB); on Monday, February 17, 2014 at 2:00 p.m. Condolences may be forwarded through www.mcinnisandholloway.com. If friends so desire, memorial tributes in Hank’s memory may be made directly to the Kidney Foundation of Canada, 6007 — 1A Street S.W., Calgary, AB T2H 0G5 Telephone: (403) 255-6108, www.kidney.ca. In living memory of Hank Shimbashi, a tree will be planted at Fish Creek Provincial Park by McINNIS & HOLLOWAY FUNERAL HOMES, Crowfoot Chapel, 82 CROWFOOT CIRCLE N.W. CALGARY, AB. Telephone: (403) 241-0044.