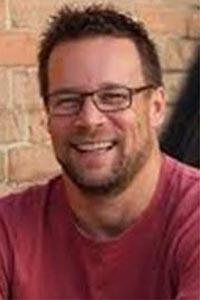 December 23, 1976 — February 15, 2014
It is with profound sadness, the Galloway family confirms the untimely passing of Wade Galloway, who was swept away by an avalanche on Mount Rowe at Waterton Lakes National Park on Saturday, February 15, 2014. Wade will be greatly missed by his wife, Sarah, daughter, son, parents, brother, three nephews, two nieces, maternal grandmother, numerous aunts, uncles, cousins, in-laws and friends. While attending the U of R, Wade met the love of his life, the beautiful girl who became his wife. Wade was an ambitious entrepreneur and as he became successful in his career, he made more time for his other passions. He obtained his pilot’s license and then successfully completed his night endorsement and instrument rating. He loved flying his family and friends in the family plane C-GWPG, especially trips to Edmonton to see his favourite NHL Team, the Edmonton Oilers play. When the family moved to Alberta, he relished the opportunity to be near the mountains and snowboard. He loved winter and searched for fresh powder. He went snowboarding to Japan and on numerous Heli- Snowboarding trips in the Canadian Rockies but it was backcountry splitboarding he loved. He often said that when he physically climbed thousands of feet up the mountain, sat on the peak, he was awed by the splendor of the vista before him and felt such inner peace. “The mountains will bring peace to the people.” Psalm 72:3. Everyone who knew Wade was inspired and will remember his passion for the mountains. Wade was a strong supporter of public avalanche safety, raising money for the Canadian Avalanche Centre (CAC) through an annual fundraiser called the Canuck SplitFest. In May 2013, the CAC awarded Wade with a Service Award for his outstanding fundraising efforts and celebrating avalanche awareness in the splitboarding community. Those fortunate enough to be Wade’s friend were rewarded with his loyalty, wit and sense of humor. Wade was a very private person but in 2010 he went from anonymity to be a vocal proponent of a new skateboard facility in Lethbridge. He wished to share his former passion of skateboarding with his son and other young people. Wade lobbied, raised money and felt joy when recently the new skateboard park was completed. Only a couple of weeks ago, he joined in with the kids shoveling snow from the skateboard park. Wade had a strong desire to serve his community. In 2010 he launched the Lethbridge Accountability website saying he wanted council members to be more open and accountable. Before announcing his candidacy for City Council in 2013, he handed over the website to another group. Wade was elected to Lethbridge City Council in October 2013. Wade preferred to stay in the background but he was a very compassionate man and had a very generous spirit. Annually he donated to JDRF and numerous other charitable organizations. He grew his hair long and when he had it cut, he donated his hair to the Canadian Cancer Society who use healthy, unbleached hair to make wigs for chemo patients. Wade treasured his family and spent quality time with his children. In 2012 Wade, Sarah and children spent two enjoyable months together, creating once-in-a-lifetime memories, as they traveled across Canada, from coast to coast, visiting every province’s legislative buildings, including the Parliament Building in Ottawa. The family sincerely thanks all the people of Lethbridge who have offered their love, prayers and support during this extremely difficult time; we have indeed felt your comforting thoughts and your prayers. We are especially grateful to Wade’s friend who accompanied him on his last run and to the Staff at Waterton Lakes National Park. A Funeral Service will be held at 2:00pm on Saturday, March 1, 2014 at the EVANGELICAL FREE CHURCH, 4717 24 Ave South, Lethbridge, with Pastor Scott Currie officiating. The interment will be held at Mountain View Cemetery. Flowers are gratefully declined. Those who wish, memorial donations may be made to the Canadian Avalanche Centre, www.avalanche.ca/caf/ or to the Galloway Tragedy Trust Fund set up at the Royal Bank of Canada, donations can be made to any RBC branch in Canada. Send condolences at www.mbfunerals.com.