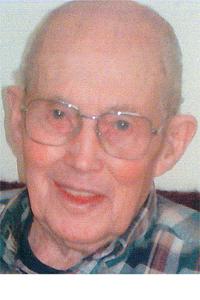 FRANK WELLANDER of Lethbridge, beloved husband of Florence, passed away peacefully after a life well lived, on March 9th, 2014 at the age of 99 years. Besides his loving Wife, Frank is survived by his Daughter, Donna and Son, Darrell (Judy). He is also survived by Six Grandchildren, Debby, Rod, Kevin (Ashley), Diana (Daryl), David and Darren (Neve) along with Six Great Grandchildren, Mackenzie, Derek, Mikayla, Kennedy, Jordan and Jaycee as well as a new little one arriving in June. Flowers are gratefully declined. For those who wish, memorial donations may be made to the: Lethbridge Senior Citizens Organization 500-11 Street South Lethbridge, AB 403-320-2222. A private family Memorial will be held at a later date.