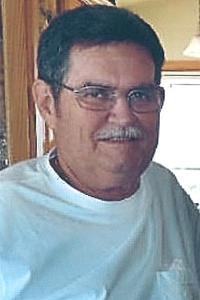 1945 ~ 2014
Patrick Gerald Dillon of Lethbridge, beloved husband of Karen G. Dillon (Herter), passed away after a lengthy illness on March 9, 2014 at the age of 68 years. Patrick was born in Kingston, Ontario October 15, 1945, son of Bernard & Dorothy Dillon. He joined the Bank of Nova Scotia at age 17 and worked 10 years out of Toronto as an International Inspector traveling all over the world. He came to Lethbridge in 1984 as a credit officer, later becoming Bank Manager in Grande Prairie and Coaldale, and then retired in 2000. Patrick gave his time willingly to many charities (Bingo and Casinos), a member of Coaldale Rotary and Chamber of Commerce. He loved his sports, Toronto Blue Jays & Maple Leafs. He leaves behind his soul-mate, first and only love Karen, as well as his step-daughter Bunny MacNeill (Scott); his sisters Donna (Mike) Rines, Anne (Peter) Murphy, Margie (Sam) Hawley, Susan (Dominic) Pullano, Carol (Glen) Giddy and Lynn (Glenn) Sorensen; his brothers Richard and Bernard; sister and brother-in-law Sharon (Robbie) Asuchak; brother and sister-in-law Terry (Kim) Herter; as well as numerous nieces, nephews and their families. Pat was predeceased by his parents Bernard and Dorothy Dillon, as well as his brother James. A Funeral Mass will be celebrated at 11:00am on Saturday, March 15, 2014 at ST. BASIL’S CATHOLIC CHURCH, 604, 13th Street North, Lethbridge, with Father Nathan Siray, celebrant. Flowers are gratefully declined. Those who wish may make memorial donations to the Alberta Cancer Foundation, 1A129, 960 19th Street South, Lethbridge, AB T1J 1W5. Send condolences at www.mbfunerals.com.