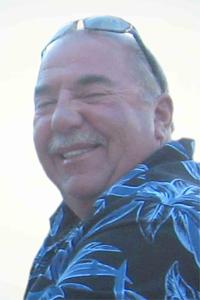 GARRY FREDERICK HRANAC passed away suddenly on April 1, 2014 at the age of 55 years with his family by his side. Garry was the loving husband of Rita (nee Giesbrecht), and father to Nolan and Joel. Garry is also survived by his mother Mary Hranac, sisters Beverly Hranac (Darren) and Christine Ehnes, father-in-law Bill Giesbrecht (Elfriede), sisters-in-law Karin Rempel (Stan) and Linda Giesbrecht. Nephews Tyler Ehnes and Scott Rempel, nieces Jacquie Beverly, Allison Haugseng, Vickie Vanderpyl, Jennifer Giesbrecht, Caitlyn and Shannon Stone, and Tennille Ehnes. Garry was pre-deceased by his father Fred (2008), brother Rick (2011), brothers-in-law Brian Ehnes (2010) and Eckard Giesbrecht (2002) and his mother-in-law Frieda Giesbrecht (2003). Garry was a farmer through and through and loved everything about the farming life. He cherished the last 2 seasons where he was able to pass his farming knowledge onto Nolan and was planning to add Joel to the team this year. He loved his family with all his heart and he will be dearly missed by all his family and friends. A Funeral Service will be held at the COALDALE MENNONITE CHURCH, 2316 – 17 Street, Coaldale on Friday, April 4, 2014 at 1:00 P.M. with Pastor Brett Annable officiating. Interment to follow at Coaldale Mennonite Cemetery. In lieu of flowers, donations may be made in Garry’s memory to the Canadian Foodgrains Bank, P.O. Box 767, Winnipeg, MB, R3C 2L4