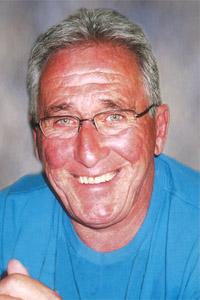 ROBERT COULTER MILLIKIN, husband to his loving wife Maggie Solvey of Lethbridge, Alberta, passed away Sunday, May 11th, 2014 at the age of 67 at St. Michael’s Palliative Care, where he received outstanding care. Besides Maggie, Rob (Bobby) is survived by his sisters Helen (Bob) of Napanee, Ontario, Jackie (Smith Hills), many nieces & nephews on both sides and their extended families and \”The Continentals\” from Smith Falls, Ontario. Rob was predeceased by his father, Hugh Millikin, mother, Maureen (nee Coulter), and two sisters, Linda Brook and Janet Millikin (his twin). Rob was athletic growing up, playing hockey, baseball, football (he was a Packer’s Fan) and golf. During his career years he worked for the City of Lethbridge Parks Department from 1990 to 2013. Rob was a fun-loving guy and most times had the last laugh. He was a lover of animals and had a great 6th-sense to their needs. He was always careful to make sure that not a hair on his head was out of place. As requested by Rob, no service will be held. As an expression of sympathy, a contribution in his memory may be made to the St. Michael\’s Foundation, Palliative Care Unit, 1400 – 9th Avenue South, Lethbridge, Alberta T1J 4V5, or a charity of your choice. Many thanks to all the doctors, nurses & techs who cared for Rob, his family & friends being Robs’ major caregivers, will miss him deeply!

One Condolence for “MILLIKIN Robert”