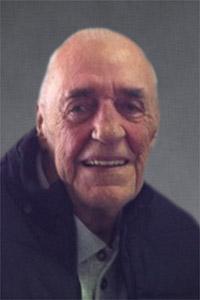 MR. CHARLES JOSEPH ROY, of Lethbridge, passed away at the Chinook Regional Hospital on Monday, May 26, 2014 at the age of 81 years. Charles is survived by his five children: Rich (Wendy) Roy of Calgary, Ron Roy of Lethbridge, Susan (Rick) Cichon of Calgary, Jeannine Saltel of Lethbridge, Dianne (Tim) Carter of Lethbridge and their mother Terry Roy of Lethbridge. He is also survived by his nine grand children: Brandon & Justin Roy of Calgary, Natasha (Craig) Radiff of Cochrane, Chad Cichon (April) of Calgary, Danielle Saltel of Waskada, Manitoba, Candice Saltel of Waskada, Manitoba, Maurice Saltel of Waskada, Manitoba and Larae & Nicole Carter of Lethbridge. Charles is survived by six great grandchildren, 1 brother, Marcel (Hermance) Roy of Winnipeg, as well as numerous nieces and nephews. He was predeceased by his parents Arthur & Marianne, 1 sister Irene and 1 brother Terry Roy. Charles was born on the family farm in Aubigny, Manitoba on September 26th, 1932. As a young man he moved to Calgary with his family and began a career in welding. Charles was one of the top 5 welders in Canada and as an achievement was senior project manager for TransCanada Pipelines. In 1981 he relocated to Lethbridge as manager for the Dressor Clarke Company, retiring there when he was 65. Charles’ final years were spent at Pioneer Lodge in Fort Macleod. He was a western man to the soul and loved Canadian history, especially military. Dad was a strong man and firm in his convictions raising us with strong morals and values that we carry to this day. He never said good bye, he always said \”Happy Trails To You, Until We Meet Again\”. A Private Family Service will be held at a later date. In memory of Charles, donations may be made to the Royal Canadian Legion: 324 Mayor Magrath Dr S, Lethbridge, AB T1J 3L7.