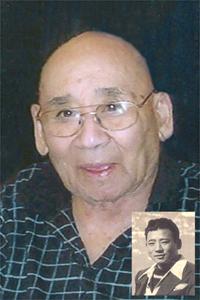 1917 ~ 2014
Hiroshi \”Syd\” Adachi, born July 20, 1917 in Eburne, British Columbia, passed away on June 7, 2014 after a brief illness at the age of 96. Syd was the last survivor of eight children. Syd was a journeyman carpenter for his entire career. He was athletic and enjoyed skating, swimming and above all fishing. He is survived by his loving wife Kikuko \”Kay\”, his children Stan, Alvin (Cathy), Janet (Peter), Carol (Neil) and Cheryl (Mike); his grandchildren Jonathan, Krista, Paul, Kelsey and Taylor. To respect Syd\’s wishes a private family memorial was held. Send condolences at www.mbfunerals.com.

One Condolence for “ADACHI Hiroshi”