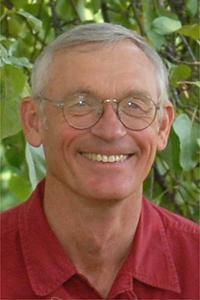 1949 ~ 2014
Jake L. Willms of Lethbridge AB, beloved husband of Eleanor Willms, passed away peacefully at home with his family at his side on June 9, 2014 at the age of 64 years. Jake was born on October 1, 1949 in Winnipeg MB to Jacob and Helen Willms. His family resided there until January 1967 at which time they relocated to Kelowna BC. After completing Grade 12 Jake went on to attend Bethel Bible Institute for 2 years, followed by employment in a local bakery and orchard before deciding to further his education at Okanagon College. He then went on to U of A to obtain his Bachelor of Science Degree in Agriculture majoring in plant and soil management. In 1977 he began his 37 year career with the Government of Alberta, Department of Sustainable Resource Development, Public Lands Division as a Rangeland Agrologist working with the Provincial Grazing Reserve Program. A 10 year Leafy Spurge Project was one of the many highlights of his career. Jake’s passion was raising Alpine Dairy Goats. He also enjoyed singing, reading and spending time outdoors: going for walks, gardening, camping, biking, downhill and cross country skiing, working on his acreage, and in recent years looking after his sheep. He enjoyed visiting and serving others. He was a faithful member of the Coaldale Mennonite Church where he served on several committees and as a deacon. He served the community as a board member of both the Coaldale Food Bank and Streets Alive. He was also committed to volunteering with Mennonite Disaster Services and Camp Valaqua. 6 years ago Jake was diagnosed with prostate cancer. The following year he began to participate in the Ride To Conquer Cancer. He participated in the ride for 4 years, 3 as a cyclist and 1 as a volunteer. His strength and determination were an inspiration to all who knew him. He will forever be dearly missed and fondly remembered by all who knew and loved him. Besides his loving wife Eleanor, Jake is survived by his daughters Jennifer (Rob) Tanguay and Kathryn Willms, sons Mark (Jessica) Willms and Brian Willms, grandchildren Claire Tanguay, Anna and Elias Willms, sister Karen Boggs, brother Ernie (Susan) Willms, his mother and father-in-law George and Mary Wall, his brothers-in-law, sisters-in-law as well as numerous nieces, nephews and their families. Jake was predeceased by his parents Jacob and Helen Willms, his sister Irene Berg, brothers-in-law Bob Wall and Murray Boggs. Family and friends are invited to pay their final respects between 7:00pm — 8:00pm on Friday, June 13, 2014 at the MARTIN BROTHERS RIVERVIEW CHAPEL, 610-4 Street South, Lethbridge, Alberta. A Memorial Service will be held at 2:00pm on Saturday, June 14, 2014 at the COALDALE MENNONITE CHURCH, 2316-17 Street, Coaldale, AB. A private family interment will be held in the Coaldale Cemetery, Mennonite Section. In lieu of flowers, donations in Jake’s memory may be made to Prostate Cancer Canada. Send condolences at www.mbfunerals.com.

One Condolence for “WILLMS Jake”