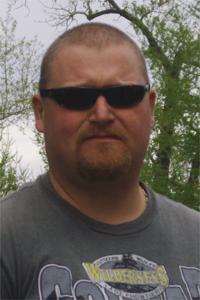 1973~ 2014
Kirk Douglas Siegmund, 41, of Lethbridge, AB died suddenly on June 19, 2014. He was born in Richmond, BC on April 29, 1973 to his surviving Mother Shirley and predeceased Father Werner. Kirk graduated from Delta Senior Secondary School in 1991. He married his wife Brenda in 1996 and lived in Surrey, BC until his employment transferred him to Lethbridge, AB in 2007. Kirk was employed with for Sunrise Poultry for 18 years and spent the last 7 years as the AB division live haul coordinator. Kirk loved his family. He also developed a great passion for umpiring ball. Kirk is also survived by his twin boys Nolan and Matthew; brothers Hans, Michael (Noreen); as well as numerous nieces and nephews. A Memorial Service will be held at 2:00 pm, on Saturday, June 28, 2014 at MARTIN BROTHERS RIVERVIEW CHAPEL, 610-4th St. S., Lethbridge, AB with Margaret Robinson. Following the Memorial Service a Reception will be held at the family home from 4pm to 6 pm, 259 Mt. Crandell Cres. W., Lethbridge, AB. In lieu of flowers, a trust fund is being put into place for his son’s, envelopes will be available at the service or donations can be made to Siegmund Trust Fund, RR#8, Site 38, Box 67, Lethbridge, AB, T1J 4P4. Send condolences at www.mbfunerals.com.