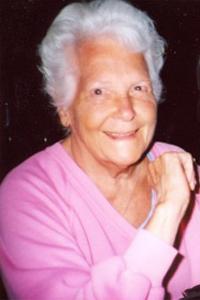 December 23, 1926 — July 13, 2014
Yvonne Evans passed away on July 13, 2014 at age 87, at the Claresholm Hospital. She is survived by her beloved husband Howard; her sons Michael Pescod of Duncan, B.C. and Steve Pescod of Victoria, B.C.; her daughter Linda Gill of Bella Bella, B.C.; she is also survived by her 9 grandchildren and 18 great-grandchildren; her twin sisters Diane of Germany and her sister Rosalind of England. She was predeceased by her sisters Jean and Pauline of England, as well as her first husband Ernie Pescod in 1993. Yvonne was born in England on December 23, 1926 and married Ernie Pescod May 19, 1945. She came to Canada as a war bride in 1947. She married Howard Evans on August 11, 2007 and they have resided in the Cottonwood Village in Claresholm, Alberta since 2013. Yvonne was an avid bridge player, loved to bake and was always beautifully dressed. A Memorial Service will be held on Thursday, July 17, 2014 at Leyden’s Funeral Home at 2:00 pm with Pastor Tony Warriner officiating. Condolences may be forwarded to the family by visiting www.leydens.com. Arrangements entrusted to LEYDEN’S FUNERAL HOME, Claresholm. Tel: 403-625-3212.