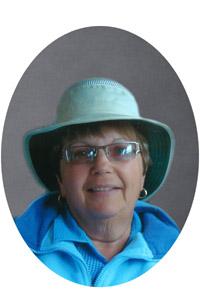 LINDA JANE ADDISON, beloved wife of Frank Addison of Lethbridge, passed away at the St. Michael\’s Palliative Care Centre with her husband by her side on Tuesday, July 22, 2014 at the age of 63 years. Besides her loving husband, she is leaving behind her two grown sons, Wayne (Jean) Addison and Dale (Renee) Addison and two grandchildren, Jackie and Jonathan. Linda is also survived by her two sisters and their families; Ellen Shillabeer, son Craig and family, Paula (Ian) Hall, sons Sean (Charla), Chris (Karen) and family and Heather Hall. Linda was previously deceased by her parents Roy and Scotty Sprinkle and long time residents of Pearce and Monarch. Linda was born in Lethbridge, AB and raised on a farm between Pearce and Monarch. She graduated from Macleod High School in 1969. She attended the U of A and received a BSC, majoring in math in 1972. Linda received her teaching certificate from the U of L in 1974, and in 1995, Linda completed her Masters of Education from the U of L. After short stints in Fort McMurray and Mossleigh, Linda spent 19 years in Barons and 11 years in Coaldale doing what she loved. She retired in 2006 and enjoyed eight years of travel with her beloved husband, Frank, of 37 years. A Celebration of Life will be held at CORNERSTONE FUNERAL HOME, 2800 Mayor Magrath Drive South, Lethbridge, AB on Friday, July 25, 2014 at 2:30 P.M. with Reverend Aldeen McKay, officiating. Inurnment to follow in the Mountain View Cemetery.

One Condolence for “ADDISON Linda”