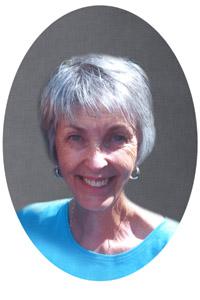 CAROL ANNE BRAUSEN, beloved wife of Roger Brausen, of Lethbridge, passed away at the Chinook Regional Hospital on Tuesday, July 23, 2014 at the age of 68 years. Besides her loving husband, Carol is survived by her children Bob (Corinne) Brausen of Medicine Hat and Venisa (Del) Garner of Taber, granddaughters Kelsey & Shea Garner, mother Thelma Lee of Kindersley, Sask., sister Bonnie Klettke of Kindersley, Sask. and her child Julie (Chris) Nicolson of Saskatoon, Sask., brother Steve (Colleen) Lee of Kindersley, Sask. and their children Meghan Lee of Swift Current and Casey Lee of Saskatoon, Sask., sister Lori (Neal) Benson of Lethbridge, AB. and their children Sara (Dan) Graham of Edmonton, AB. and Jason Benson of Lethbridge, AB., brother-in-law Bob Packman of Peterborough, ON., his children Bart (Sharlene) Packman of Peterborough, ON. (children Reece and Avery) and Gord (Cindy) Packman of Calgary, (children Nicole and Brandy). Carol was predeceased by her father Bob Lee, sister Sharon Packman and brother-in-law Ken Klettke. Carol enjoyed a successful career as a professional figure skater & coach in Saskatchewan. During a period of coaching in North Battleford she met her husband of 47 years, Roger Brausen. After starting their family Carol embarked on a new career in sales. Carol enjoyed working with people and volunteered for the Lethbridge Hard of Hearing Association and the Catholic Library. Carol found comfort in her faith. Although Carol enjoyed painting and golfing, her greatest joy in life was her grandchildren. A Prayer Service will be held at OUR LADY OF THE ASSUMPTION CATHOLIC CHURCH — 2405 12th Avenue South, Lethbridge, Alberta on Friday, July 25th, 2014 at 6:00 P.M. A Funeral Mass will be celebrated at OUR LADY OF THE ASSUMPTION CATHOLIC CHURCH, on Saturday, July 26th, 2014 at 10:00 A.M. with Father Nathan Siray, Celebrant. A private interment will be held at a later date in Kindersley, Saskatchewan.