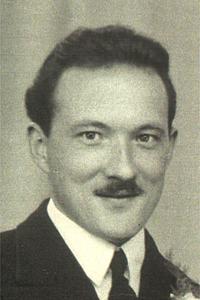 JUNE 11, 1922 ~ JULY 25, 2014
It is with sadness but relief that we say goodbye to the patriarch of our family. Henk had been in poor health for a number of years and passed away in his 92nd year. Dad was born in Meppel, Holland, and at an early age lost both parents, after which his brothers and he were taken in by relatives. He attended the Dutch Naval College, studied to be a radio officer, and sailed with the Dutch Merchant Navy. He was a handsome, young officer who was well read, and who loved to play soccer. During WW11 Dad\’s ship (not boat; he was always adamant about that) was blown off course from the convoy and made port in Montreal. There he met Betty Schaafsma (who was working at the Dutch Consulate), the lovely lady he would spend the next 66 years with. After the war Henk and Betty decided to raise a family in Canada, and made Southern Alberta their home. Together they raised their five children, making sure all were given opportunities to participate in music and sports, and receive a good education. Weekly trips to the public library were a must for Dad, and he often \”dragged\” all the children with him. To this day all five love to read, value education, and have passed that on to their children. When he moved from Holland, he brought with him a love of music, and would use that talent throughout his life to direct many choirs, ending his conducting career at McKillop United Church. Dad was passionate about his music and his singing, God having gifted him with a beautiful tenor voice. Dad never lost his love of the water; as a result, water skiing, swimming and boating in many southern Alberta lakes starting May long weekend (always without wetsuits!!) until late fall (still no wetsuits!!) are memories friends and family hold dear. Throughout Dad\’s life he loved to travel. Sometimes travel would mean a couple of weeks at Swan Lake, Montana, with the entire family; a cruise to Alaska with Mom; or a port stop in Rio de Janeiro as a young sailor. Because his family had been pulled apart when he was young, he made every effort to make sure his children and grandchildren knew how much he valued each one of them. That love and concern was shown in many ways: his chauffeuring countless hours, his strong stare, his stern guiding hand, his attendance at grandchildren\’s events, or his waiting up at midnight for one of his children were all his way. Dad leaves behind Betty (Mom), Corina MacKinnon (Don), Henny Hildebrand (Don), Jan van Egteren (Liz), Bette-Ann MacNeil (Dr. Jim), Dr. Henry van Egteren (Veronica); 12 beloved grandchildren: Bill van Egteren (Jessie), Scott Hildebrand (Krista), Erik Hildebrand (Victoria), Corina Gelmon, Sari Faith (Andrew), Evan Peat, Marie Kopp-van Egteren (Dave), Kirk MacKinnon (Amrita), Matthew Peat (Chelsey), Julie van Egteren, Sam van Egteren, and Caroline van Egteren; and 7 cherished great grandchildren: Oliva, Naomi, and Eve Gelmon, Athena Peat, Sasha and Aidric Faith, and Owen van Egteren. The van Egteren Family struggle with words to express our deep gratitude for the wonderful, loving and professional care Dad received from everyone at St. Michael\’s Covenant Care for the past eight years. He continued to be treated with respect and dignity right to his last day. We will be forever grateful. A private family celebration of life will be held at a later date.