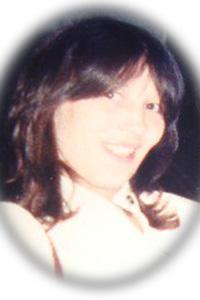 July 4, 1959 — August 4, 2014
It is with great sadness that we announce the passing of Dawna Anne Tobler. She will be forever remembered and missed by her two children; Mandy Tobler (Dirk) Fort Macleod and Chad Lucas Pard (Amelle) Lethbridge. Her loving cherished grandchildren; Stephanie, Izabella, Haley-Ann, Shay, and Paisley. Her siblings; Linda Tobler Calgary, Sharmagne Ray (Dean) Three Hills, Wesley Beaton (Cindy) Campbell River, Wanda Beaton Okotoks. Also including her other loving friends and extended family. She will also be greatly missed by her four legged companion, Smokie. Dawna was predeceased by Stephen Crowe, Ferrand Pard, brother in law James Percival, her Mother and Father (Arthur and Beverley Beaton), and brother Kenneth. Dawna was an incredible entrepreneur who had great motivation and work ethics. She was a devoted Mother, grandmother, and friend. She was an amazing equestrian in her young adult life and showed horses throughout Canada and the United States. Her life highlight was showing in the famous Spruce Meadows facility. She was very proud to be the oldest of five children. Dawna helped and gave love to many friends along the way. Everyone who knew her will miss her for her humor and infectious giggle. A Memorial Service will be held at 2:00 P.M., on Tuesday, August 12, 2014 at EDEN’S FUNERAL HOME, 2424 – 5th Ave, Fort Macleod, AB with Reverend Eras van Zyl Officiating. Memorial Donations may be made in Dawna’s memory to The Lung Association, Alberta / NWT Division, P.O. Box 4700, Stn South., Edmonton, AB T6E 9Z9.

One Condolence for “TOBLER Dawna”