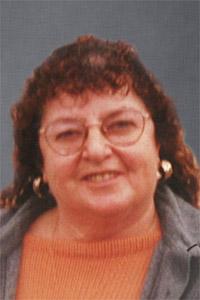 DOROTHY BARNETT, beloved wife of Michael Barnett of Lethbridge, passed away at the Foothills Hospital on Friday, August 15, 2014 at the age of 73 years. Dorothy was born September 7, 1940, in Magrath, Alberta. She went to school in Magrath, Alberta, and from there she met her future husband, Michael Barnett. Dorothy and Michael owned and operated Barnett Cattle Company together, and during the next 56 years together they raised six children: Jacquie, Kathy, Susan, Tracy (deceased), Jennifer, and Austin. Dorothy loved her children and grandchildren dearly, her love will be carried in the hearts of her family for many years to come. Her many thoughtful deeds for friends and neighbors will be missed greatly by all who knew and loved her. Dorothy is predeceased by her parents Herman and Annie John, brother Richard John, two children, Tracey and Timothy Barnett, also her sons in law, Bill Whiteford and Larry Koma. She is survived by her husband Michael Barnett, children, Jacquie (Wes) Rasmussen, Kathy Thompson, Susan (Larry-deceased) Koma, Jennifer (Bill-deceased) Barnett, and Austin (Savannah) Barnett. She has ten grandchildren and thirteen great grandchildren. A Prayer service will be held at Cornerstone Funeral Home – 2800 Mayor Magrath Drive South, Lethbridge, Alberta on Wednesday, August 20th, 2014 at 7:00 P.M. with Maureen Condon Horon officiating. A Funeral Mass will be celebrated at OUR LADY OF THE ASSUMPTION CATHOLIC CHURCH, 2405 12th Avenue South, Lethbridge, Alberta on Thursday, August 21st, 2014 at 2:00 P.M. with Father Nathan Siray Celebrating. Interment to follow in the Magrath Cemetery.