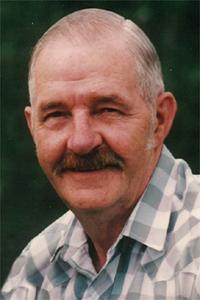 1931 ~ 2014
We are saddened to announce the passing of Mel Viergutz, beloved husband of Elaine Viergutz, on Monday, August 25, 2014 at the age of 83 after a brief battle with cancer. Mel was born on the family farm in Dahinda, Sask., on May 12, 1931, to Leo and Christina Viergutz. Mel married his wife Elaine on July, 2nd, 1954. Mel trained as a power lineman in Regina, and they moved to Lethbridge in 1957 where Mel trained as a Journeyman Electrician with Parsons Electric. After 18 years at Parsons, Mel moved to the City of Lethbridge Electric Dept., and worked for 18 years maintaining City buildings, facilities, and substations retiring in 1991. As a Saskatchewan farm boy, Mel was skilled in building or repairing anything. Later in life Mel began restoring antique automobiles and became a member of the Southern Alberta Antique & Classic Auto Club. Mel is survived by his loving wife Elaine and children Kevin (Barb), Dale (Jan), Sharon Walsh (Steve) and Wendy Fitzsimmons (Dustin); grandchildren Kimberly Ellen (David), Taneal, Matthew, Olivia and Ty. He\’s also survived by sister Lucille Duke, brother Mervin (Faye), sister in law Julia, sister in law Phyl Harrison (Fred), brother in laws Art, Steve (Pearl), Phillip (Jean) Stratulat and numerous nieces and nephews. Mel was predeceased by his parents Christina and Leo, brother Rob, sisters Barbara, Alvira, and Marge, and in laws John and Sophie Stratulat. A Funeral Service will be held at 11:00am on Saturday, August 30, 2014 at IMMANUEL LUTHERAN CHURCH, 20 Rocky Mountain Blvd. W, Lethbridge, Alberta, with Pastor Richard Brown, officiating. In lieu of flowers, memorial donations may be made to the Jack Ady Cancer Centre or the Cardio Respiratory Centre, Chinook Regional Hospital both at the address 1A129, 960 — 19th Street South, Lethbridge, AB T1J 1W5. Send condolences at www.mbfunerals.com.