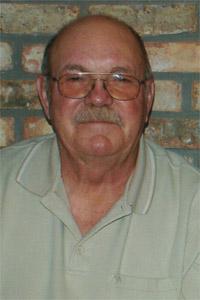 GEORGE ROBERT "BOB" McLAREN, beloved husband of Lila, passed away peacefully at the Chinook Regional Hospital on September 4th, 2014 at the age of 72 years. Besides his loving wife Lila, he is survived by his daughter Roberta (Pat), son Tom (Val), grandchildren Cory, Madison and Taylor, daughter Belinda and family, son Tim and family, brothers Hugh (Florence) and family, Bill (Elaine) and family, and Butch (Dusky) and family. Bob was born September 17th, 1941 in Tisdale Sask. and attended school in Gull Lake. After leaving school, he worked on a farm herding sheep till he left in 1959 to work on the oil rigs in Eastend and the surrounding area. In 1968 Bob moved to Medicine Hat where he worked at a Shell service station then in 1970, moved to Lethbridge to work in the construction industry. In 1981 he took the plunge and started his own bobcat business, working till his retirement in the fall of 2007. In his retirement years, he took up various woodworking projects, volunteered for the Eagles Club as well as various charities for The Bingo Association. Bob was always there to help anyone with the smallest problem. He always looked forward to his coffee break with "the guys" every morning. The joys in his life were his grandchildren, camping and fishing. He will be truly missed. A Memorial Service will be held at THE EAGLES HALL, 631-13th Street North, Lethbridge, AB., on Monday, September 8th, 2014 at 1:00 P.M. In lieu of flowers and at Bob’s request, donations may be made in his memory to the Jack Ady Cancer Centre, 960-19th St. South, Lethbridge, AB T1J 1W5 or to a charity of your choice.

One Condolence for “MCLAREN George”