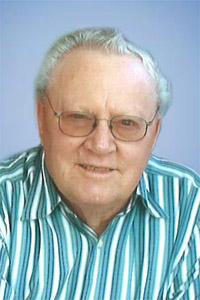 January 1, 1936 — September 2, 2014
Rafael (Ralph) Paul Witdouck, beloved husband of Mary, passed away peacefully on September 2, 2014 at the Chinook Regional Hospital in Lethbridge. Ralph is survived by his wife, Mary, his sons Brian (Kathy), Calvin (Elaine) and Dale (Sandy) and his 8 grandchildren which were his pride and joy; Geni, Kevin, Brandon, Matthew, Lexi, Justin, Jared, and Shalyn. Ralph is also survived by Mary’s family. He is predeceased by his son, Mark, his parents, Julius and Maria, infant sister, Bernice and his sister, Christine Van Raay. Ralph was born in Belgium and at the age of 14 immigrated with his family to Canada for a better life. He began work in Taber in the sugar beet fields, and the following year he got a job with the P.F.R.A. and worked for them for 6 years. During that time he met Mary Bouw and on April 30, 1960 they married and enjoyed 54 years together. Ralph began farming in the Iron Springs area with his dad in 1957. In 1964 Ralph and Mary purchased some land and farming became one of his greatest loves. His last tour of the farm was the day before he passed away. Family meant everything to him and he was most proud of his boys and his grandchildren. In 2000, Ralph and Mary retired from the farm and moved into Lethbridge where he resided until his passing. Ralph loved to socialize and developed many great friendships over the years through community, church activities, the Knights of Columbus, 60 Plus Club, card parties and coffee row. Ralph’s fondest memories include his parent’s accomplishments, the hard but rewarding farm life that he and Mary enjoyed, family gatherings and several trips to visit friends and family back in Belgium. He will be remembered by many for his sense of humor and his laughter. A Memorial Mass will be held at OUR LADY OF THE ASSUMPTION CATHOLIC CHURCH – 2405 12th Avenue South, Lethbridge, on Saturday, September 6th, 2014 at 1:00 P.M. with Father Kevin Tumback celebrating. Memorial donations may be made to 5th on Fifth Youth Services, 435 5th Street S, Lethbridge, AB T1J 2B6.