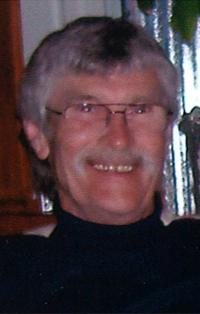 1938 ~ 2014
It is with great sadness that we announce that Frank has passed away peacefully at St. Mike’s Palliative Care. Born November 5, 1938 in Nowimiasto, Poland. During the war Frank moved around with his family to Germany to be closer to his father. After the war, he immigrated with his family to Venezuela, South America where they resided for 5 years. After which they immigrated to Canada landing in Montreal. Travelling by train across Canada in 1952 the family made their home in Diamond City for a short time and later moved to Raymond where he attended school. His school years were short lived as Frank started working at a young age finding jobs all over Alberta and Saskatchewan working on the rigs and Highway Construction and as a farm hand. In 1958 Frank started at Canbra Foods where he moved up to be a special operator in the refinery. Frank married Stella Jean Wiklund in 1961, having one son Darren. Frank lost Jeannie to a long and courageous battle of cancer in 1992. He then met and married Kathy in 1996. After 42 years of working at Canbra Foods, Frank retired in 2000 and picked up his golf clubs and made that his new occupation. Frank was a member of the Magrath Golf Course for over 30 years, bringing home a few trophies. During his first year of cancer and following his lung surgery he got his first hole-in-one on the Riverside Golf Course in Fairmont, BC. Frank also enjoyed bowling and again many trophies he brought home. He loved going over to visit his brother at the condo and playing pool with him and his buddies. He was an avid Hurricanes Hockey fan and had season tickets for years. He also loved to go walking and hiking. Every year in September Frank would start planning and designing the Christmas Village; he would spend many hours building bridges, tunnels and roadways. One year it took half the basement. It was all a great work of love for him. He leaves us, having earned the respect of his friends and the love and gratitude of his family. Our prayers are now that he is off playing golf and being the engineer he has always dreamed of being. He was predeceased by his wife Stella, mother Katherine, father John and many sisters-in-law and brothers-in-law. Left to remember him are his best friend and wife Kathy, beloved son Darren, brothers Edward (Mary) and Richard (Tracy); as well as numerous brothers-in-law, sisters-in-law and nieces and nephews. A special note of thanks goes to Dr. P. Koegler, Dr. E. Wilde, Dr. Schkorr and the staff at the Cancer clinic and for the wonderful care he was given by the staff in the Palliative Care unit at St. Mike’s. A private family Funeral Service will be held. Family and friends are invited for a Celebration of Frank’s Life at 2:00pm on Friday, September 12, 2014 at the Country Kitchen Catering (Lower level, underneath the Keg restaurant), 1715 Mayor Magrath Driver South, Lethbridge. Send condolences at www.mbfunerals.com.