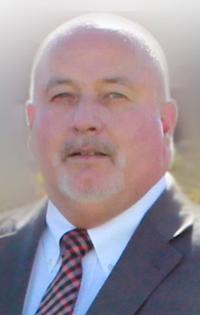 BERRY WILLIAM GORHAM, passed away in Spring Coulee, Alberta on September 11th, 2014 at the age of 54 years. He is survived by his wife B.J., and his children Zachery & Ali. Berry is also survived by his mother, Hazel; siblings, Bruce (Peggy) Gorham, Barbara (Duncan) Thompson, and Sharon (Barry) Anderson. He is predeceased by his father Robert Gorham. Berry was born August 23, 1960 in Magrath, Alberta. He married Betty Jean (B.J.) Anderson from Barnwell in 1989 at the Seattle Washington Temple. Berry received his schooling in Magrath after which he served a mission in California for The Church of Jesus Christ of Latter-Day Saints. Upon returning home from his mission, he moved to Spring Coulee where he resided until his passing. When Berry moved to Spring Coulee in 1983 he purchased "Berry’s Country Store" which he managed for nearly 20 years. He also drove the school bus in the Spring Coulee area for the Westwind School Division. In 1996, Berry made a career change and became a funeral director and embalmer. Later in 2006, he was an intregral part of forming Legacy Funeral Home in Cardston, AB. He was very passionate about funeral service. He found great satisfaction serving families in the loss of their loved ones and grew very close to the families he served. Berry was a member of The Church of Jesus Christ of Latter-day Saints and served faithfully in the Spring Coulee Branch of the Church. He loved God, his family and was devoted to service in his community. Berry had a love for beautiful flowers, landscaping, chickens, and patriotic flags. He had a way of making people feel loved and his motto was "be kind to everyone you come in contact with." His greatest love was his wife B.J. and his children Zach and Ali. He will be deeply, deeply missed. Friends may meet the family at Legacy Funeral Home, Cardston (107- 6th Street West) on Monday, September 15th, 2014 from 7:00 to 8:00 p.m. or at the Church from 9:45 to 10:45 a.m. prior to the Service. The Funeral Service will be held at The Church of Jesus Christ of Latter-day Saints, Magrath Stake Center on Tuesday, September 16th, 2014 at 11:00 a.m. Interment in the Spring Coulee Cemetery. Email your condolences to: legacyfh@telus.net.

One Condolence for “GORHAM Berry”