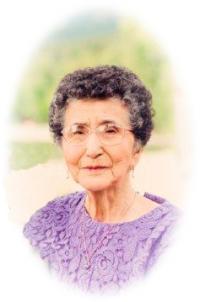 SUEKO (SUE) KOYATA, beloved wife of Ted Koyata, passed away at St. Michael’s Palliative Care Unit on Sunday, September 14, 2014 after a long and courageous battle with cancer. Sue was born September 9, 1923, and passed away days after her 91st birthday. She is survived by her husband of 67 years, Takeshi (Ted) Koyata and her five children: Leslie (Marilyn), Alan (Carla), Gloria (Richard) Papworth, Wayne, Hugh (Ruth). She also leaves to mourn her passing, 15 grandchildren, 7 great grandchildren and two great grandchildren on the way this winter. She is also survived by two sisters: Nam (Roy) Ebata of Toronto and Kay (Pat) Oseki of Richmond, BC and many nieces and nephews. She was predeceased by her parents Soshichi and Tsuyo Tanaka, sister Noriko, brothers Masamoto (Asako) Tanaka, Yoshiko (Kimiye) Tanaka, Minoru, Soshiro, and Hiroshi (Akiko) Tanaka. She was also predeceased by many of her in-laws. Friends and family may meet with the family at CHRISTENSEN SALMON GENERATIONS FUNERAL HOME, 703-13 St. North, Lethbridge from 7:00 to 8:00 p.m. on Tuesday, September 16, 2014. The Funeral Service will be held at THE BUDDHIST TEMPLE OF SOUTHERN ALBERTA, 470-40 Street South, Lethbridge on Wednesday, September 17, 2014 at 10:00 a.m. Friends and relatives may also meet with the family prior to the service at the Temple from 9:00 to 9:45 a.m. In lieu of flowers and koden, donations may be made to The Buddhist Temple of Southern Alberta or to the charity of your choice.