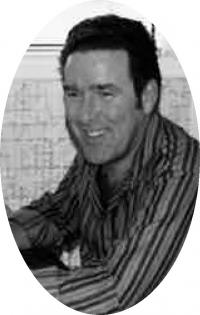 1943 – 2014
James "Jim" Robert Wilton, beloved husband of Carol Wilton, passed away peacefully at the age of 71 on Thursday September 11th, 2014 at the Medicine Hat Regional Hospital. Jim was born in Edmonton, Alberta on April 21st, 1943 to Herman and Leta Wilton. In May 1965, Jim began his career with Calgary Power, later to become TransAlta Utilities, where he worked for 33 1?2 years. In 1969, Jim and Carol lived in Picture Butte, Alberta for 20 years and raised their family. They moved to Lethbridge, Alberta in 1989. Jim retired from TransAlta Utilities in 1998. They moved to Medicine Hat in 2000 where they most recently lived in Chinook Village. Jim is predeceased by his mother, Leta; father, Herman; Carol\’s parents, Louis and Melanie Klovansky; and his infant son, David. He leaves behind his wife, Carol; sons, Dan (Ketha) Wilton and Rob (Lori) Wilton; his granddaughters, Jessica and Melanie Wilton; his brothers, Richard (Cheryl) Wilton and Russel (Inga) Wilton; his sisters, Susan (Garth) Graham; and Almeta (Wayne) Mathews; brother-in-law, Mirk Klovansky; as well as many nieces and nephews. Jim will be remembered for his skill as a wood craftsman, his ability to fix anything, and his love of the outdoors; especially fishing. The Funeral Mass will be celebrated at HOLY FAMILY PARISH, 1451 Strachan Road SE, Medicine Hat, on Thursday, September 18th, 2014 at 1:00 p.m. with Father Philip Le, celebrant. Interment will follow at Hillside Cemetery. In lieu of flowers, memorial gifts in Jim\’s memory may be made to the Palliative Care Ward, Medicine Hat Regional Hospital, 666 — 5th Street SW, Medicine Hat, Alberta, T1A 4H6. Condolences may be sent through www.saamis.com or to condolences@saamis.com subject heading Jim Wilton. Funeral arrangements are entrusted to SAAMIS MEMORIAL FUNERAL CHAPEL AND CREMATORIUM, "The Chapel in the Park", Medicine Hat, Alberta. Should you wish any additional information, please telephone 1-800-317-2647.