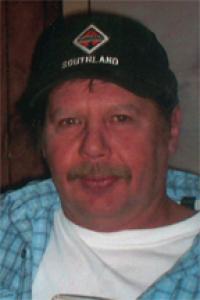 1961 ~ 2014
Mr. Rodney Stephen Houghton (Rowdy) of Raymond, beloved son of Mr. Leonard Houghton, passed away peacefully at the age of 52 years, with his family by his side, on Sunday, September 21, 2014. Rowdy is survived by his father Leonard Sr.; his brother Leonard Jr. (Diane); his sisters Debbie (Dennis), Denise; his nieces and nephews Kristin, Chris, Shawn, Dillon, Dalton, Dustin and Kelsi. He was predeceased by his mother Margaret Houghton. Rowdy was born on December 18, 1961 in Lethbridge. He was an avid fisherman and hunter. He enjoyed spending time with his family and friends. You’ll always be with us and will be greatly missed by all who knew you. A Memorial Service will be held at 11:00am on Monday, September 29, 2014 at ST. AUGUSTINE’S ANGLICAN CHURCH, 411-11 St. S., Lethbridge, AB, with Reverend Pilar Gateman, officiating. Memorial donations may be made to the Heart and Stroke Foundation, Box 2211 Lethbridge, AB T1J 1A3 or to the Jack Ady Cancer Centre, 1A129, 960 — 19 Street South, Lethbridge, AB T1J 1W5. Send condolences at www.mbfunerals.com.

One Condolence for “HOUGHTON Rodney”