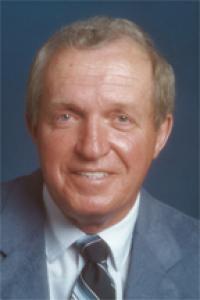 1930 ~ 2014
On Saturday, September 20, 2014, Mr. Joseph \”Joe\” Sokoloski, beloved husband of Mrs. Earlene Sokoloski, passed at Chinook Regional Hospital at the age of 84 years. He suffered from Parkinson’s Disease for the past six years. He is survived by his wife Earlene; his son Douglas; his grandchildren Landon and Pearson. Joe was born in North Portal on July 5, 1930, and spent most of his life in Saskatchewan. He and Earlene moved to Lethbridge in 1997. He was an avid sportsman with five hole-in-one accomplishments in golf. He also played baseball and softball, as well as played and coached hockey for over 30 years, and he loved the Saskatchewan Roughriders. He was predeceased by his parents, three brothers, and seven sisters. A Graveside Service will be held at a later date where he will be laid to rest in the family plot in Oueens Park Cemetery, Calgary, Alberta. In lieu of flowers, those who wish may make memorial donations to The Parkinson’s Society of Southern Alberta, 1254-3 Ave. S., Lethbridge, AB, T1J 0J9. Send condolences at www.mbfunerals.com.

One Condolence for “SOKOLOSKI Joseph”