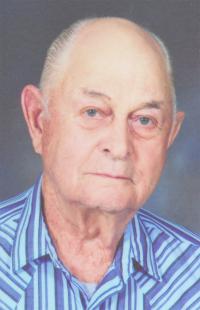 April 24, 1927 – October 1, 2014
Bob White, born April 24, 1927, passed away on October 1, 2014 in Calgary after a brief illness. He is survived by his wife Margaret; his sisters Rita, Marlene, Marion, Laura, June and Alice; his brothers Frank, George and Jim; his niece Linda (Rob) Olsen and children Braeden and Joshua; his niece Cheryl (Clarence) Koch and children Cale and Talynn; his nephew Anthony (Cherie) and family; numerous other nieces and nephews, a distant daughter Cathy and relatives from overseas. Bob was predeceased by his step-son Craig; parents Anthony and Monica; his sister Katherine and brothers Len, Carl, Gordie and Joseph. A Memorial Service will be held on Tuesday, October 7, 2014 at 2:00 pm at the Peace Lutheran Church (4304-2nd Street West, Claresholm) with Pastor Donna Alm presiding. In lieu of flowers, donations in Bob’s memory may be made to The Kidney Foundation of Canada (6007-1A Street SW, Calgary, Alberta T2H 0G5). Condolences may be forwarded to the family by visiting www.leydens.com. Arrangements entrusted to LEYDEN’S FUNERAL HOME, Claresholm. Tel: 403-625-3212.

One Condolence for “WHITE Robert”