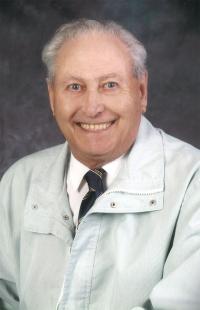 HOWARD EMILE ROWLEY, beloved husband of the late Mary Rowley of Lethbridge, passed away at the Chinook Regional Hospital on Monday, October 6, 2014 at the age of 87 years. He leaves to treasure his memory his children; Ken (Jo-Ann) Rowley, Dave (Lynn) Rowley, Karen (Rob) Campbell, Terry Rowley, Donna (Maurice) Lefebvre and Joy (Kurt) Otto, his grandchildren; Chandra, Nathan, Meaghan, Andrew, Shawn, Danielle, Courtney, Devon, Joscelyn, Lindsey-Lee, Chantal, Tanner, Chanel, Mathew, Kody, Jesse and great grandchildren; Kaylee, Brooklynn and Cylus. He is also survived by his sister Bernice, brother Paul (Lynn) and numerous other relatives. Howard was born in Winnipeg, Manitoba on November 5, 1926. He lived his early life in Brandon, MB, working for the City Works Department. Moving west to join his grown children in Alberta in 1980, Howard worked construction, eventually retiring from Alberta Transportation in Lethbridge, Alberta. He was a loving husband of 49 years and a loving father, grandfather, great-grandfather, brother, son, nephew and uncle. His children, grandchildren and great-grandchildren were his pride and joy and he enjoyed endless hours talking about them to everyone. Favorite hobbies were model railroading and travelling with his family. He had an outgoing personality and enjoyed meeting people. A Memorial Mass will be held at ST. MARTHA\’S CATHOLIC CHURCH – 355 Columbia Road West, Lethbridge, Alberta on Friday, October 10, 2014 at 11:00 A.M. with Father Roque Pereira Celebrant. Thank you to Dr. Wong, staff of 4C & 5A of CRH, Nathan and the home care staff for all the excellent care given to Howard. In memory of Howard, contributions may be made to the Canadian Cancer Society, 317-10th Street South, Lethbridge, AB, T1J 2M7 or to the Heart and Stroke Foundation of Alberta, NWT & NU, 100-119 14 Street NW, Calgary, Alberta, T2N 1Z6.