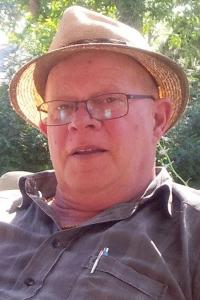 1948-2014
With deep sorrow we announce the passing of Larry, aged 66, of Fort Saskatchewan, AB on Tuesday, 07 October 2014. He is survived by his wife, Jane, his sons, Stephen (Lacey) , Warren , Josh (Tessa) and Brent (Stacey); daughters Penny and Krystal (Kelly), and 8 grandchildren. Also surviving are his mother, Kathleen Bouck-Otto of Winnipeg; brothers, Jim (Donna) of Lethbridge, and Dan (Lucille) of Magrath; and sister, Joan (Albert) Patenaude of Winnipeg, as well as several nieces and nephews and their families. He was predeceased by his father, Lyle Bouck. Larry was born and raised in Lethbridge and attended LCI. He has resided in Fort Saskatchewan and the Edmonton area for many years. A Celebration of Life will be held Wednesday, October 15, 2014 from 1-4 p.m. at Legion #27, 9964-93 Ave, Ft Saskatchewan , AB.