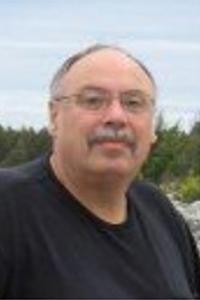 It is with great sadness that we announce the passing of ROBERT \”BOB\” HUESKEN, of Edmonton, passed away at the Edmonton General Hospital on Friday, October 10, 2014 at the age of 62 years, after a brave and courageous battle with cancer. Bob was a hard working man throughout his whole life, but at the end of the day he was a husband, father, and grandfather, his top priority was his family. Nothing brought Bob more joy than his three grandchildren and his dog Yogi. In recent months, he got to enjoy all their company daily — laughing, teasing, and cuddling. Bob is survived by his wife Florence, daughter Diana (Matt) Fenwick, son Adam (Laura), and grandchildren Cam, Josh, and Abby. He was predeceased by his parents Herman and Minnie. He will be missed dearly. A Memorial Reception will be held at CORNERSTONE FUNERAL HOME – 2800 Mayor Magrath Drive South, Lethbridge, Alberta, on Wednesday, October 15, 2014 from 2:00 P.M. to 4:00 P.M.