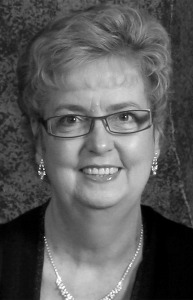 LOIS ELAYNE LEPKO, beloved wife of Henry Lepko of Lethbridge, passed away at the St. Michael\’s Health Centre, Palliative Care Unit on Wednesday, October 15, 2014 at the age of 64 years. Besides her loving husband, she is survived by her son Michael Lepko of Lethbridge and daughter Jaime Lepko (Trevor Hahn) of Calgary. She is also survived by her parents Delbert and Laureen Kiemele of Lethbridge, three brothers and one sister; Don (Colleen), Darlene (Ford) Nelson, Dean (Wendy) and Brian (Peggy), numerous nieces and nephews, great nieces and nephews, and one brother in law Frank Lepko. She was predeceased by her good friend, Georgia Ajtai. Lois was born June 20, 1950 in Cardston and raised in the Carway area. She moved to Lethbridge to attend Lethbridge Community College for Business Administration. Lois met Henry and they were married in 1971 and had two children. She was very involved in the P.T.A. and as her children got older, she returned to work at Laura Secord at Park Place Mall. Lois went to work at the College in the finance department where she worked for the last 14 years. She loved to travel with Henry and their close friends. Lois was a caring, compassionate person who always thought of others first. She was a pillar to many, never said a bad word about anyone and had such grace and dignity. She enjoyed social occasions and always had time for her friends. Lois will be sadly missed by her family and many, many friends. A Celebration of Life will be held at CORNERSTONE FUNERAL HOME, 2800 Mayor Magrath Drive South, Lethbridge, AB on Saturday, October 18, 2014 at 1:00 P.M. In memory of Lois, memorial donations may be made to the Jack Ady Cancer Centre, 2A, #101, 960-19th Street South, Lethbridge, AB T1J 1W5.

One Condolence for “LEPKO Lois”