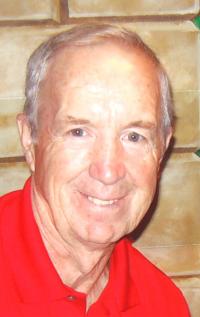 1938 ~ 2014
Fred Campbell was born on the 27th of October 1938 the eighth child of James Robert Campbell and Alice Mary Eldridge, at a farm near Blucher, Saskatchewan. A defining moment came for Fred in grade seven, when a member of the Royal Canadian Mounted Police visited his school, which developed a desire for him to want to become a member of the Police Force. Fred’s family moved to Strasbourg where he graduated High School from in 1958, and where he met the love of his life and future wife, Lily. Upon graduation, he immediately applied with the local RCMP detachment. He graduated RCMP Depot Training in 1960, and married Lily on October 13, 1961. Lily always said she did not wish to marry a policeman, but she stayed dedicated by his side for his entire thirty six year RCMP career. During this time, he worked in Calgary (1960-65), Strathmore (66), Drumheller (1966-71), Peace River (1971-73), Grimshaw (1973-76), High River (1976-79), Vegreville (1979-82), and finally as Staff Sergeant in Lethbridge (1982-95). Along the way, Fred and Lily added four children to their family Rob, Decca, Cliff and Alida. Fred could have not been a more dedicated father, it was his true calling in life. He coached and participated in sports and activities with all of his children, and played old timer hockey himself up until a number of years ago. Fred was a devoted grandparent and role model to nine grandchildren. His grandchildren loved being around him, and adored how much he loved to have fun and laugh. Even though Fred led a busy life, he was selfless and kind and always made time to help a friend in need or volunteer with organizations such as the Hockey Hounds. He was a member of the RCMP vets, and during his free time liked nothing more than spend time with his friends either golfing or going for coffee. Fred is survived by his loving wife Lily, son Rob (Chelsie), grandchildren Cordell, Chaise, Carson and Holly. His daughter Decca (Matthew), and grandchildren Cherilyn, Derek, and Dayna. Son Cliff (Darci), and grandchildren Cruz and Dior. Daughter Alida (Randy), and her daughter Taylor, as well as many extended family and friends. There aren’t enough words to describe the kind of man you were, a true depiction of unconditional love and devotion as a husband, father, and grandfather. We will miss your love, support, smile, sense of humor and friendship. Thank you for a lifetime of memories, your guidance and love will carry us through. Ride on…..A Come and Go reception will be held between 1:00 PM & 3:30 PM on Friday, October 31, 2014 at Paradise Canyon Golf Course, 185 Canyon Blvd. W., Lethbridge, AB. Send condolences at www.mbfunerals.com.