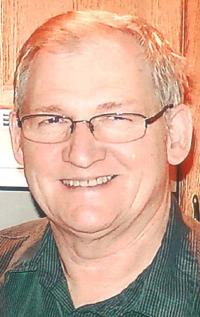 1952 ~ 2014
Lyle Alexander Gierulski passed away suddenly at his home on November 2, 2014 at the age of 62 years. Lyle was born on March 17, 1952 and raised in Blairmore. In 1974, he met and fell in love with his loving wife, and relocated to Lethbridge, AB to wed on June 26, 1976. When he wasn’t busy running his business Pro Television with his partner Qing Huang, Lyle spent his life helping anyone and everyone who needed anything. You could often find him sipping a wine while enjoying his beautiful yard and pond, with his wife and dog by his side. He was a loving husband, father, and grandfather, and will be deeply missed by everyone who’s life he touched. He is predeceased by his father Alec Gierulski & mother Ruth Gierulski of Blairmore. He is lovingly remembered by his wife Ann Gierulski of 38 years, daughters Aurelie (Joe) Manio, Nicole (Chris) Housley, Darlene (Brian) Kreft, as well as four grandchildren; Mason, Brody, Autumn & Kylie. He is also survived by his brother Darren (Dorothy) Gierulski of Blairmore, and sister Shelley Gierulski of Edmonton. At Lyle’s request, no service will be held. In lieu of flowers, those who wish may make memorial donations to the Heart & Stroke Foundation of Alberta, Box 2211, Lethbridge, AB, T1J 4K7. Send condolences at www.mbfunerals.com