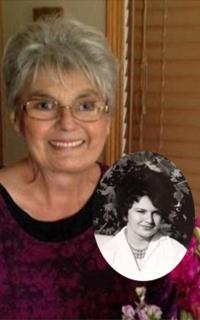 November 20, 1942 — November 12, 2014
On November 12, 2014, Cecilia \’Cece\’ Komanac lost her courageous battle with cancer, and the world lost another ray of sunshine. Daughter, sister, wife, mother, aunt, grandma, friend Cece was a lot of things to a lot of people and she will always be remembered as a jokester, giggle inducer, nickname giver, music lover and the best damn hugger in the west. Born in Kenora, Ontario, to Mary and Walter Boucha, Cece was the second of three daughters — Joanne Outram (of High River) and Paulette Caron (of Kenora) were fortunate enough to call her sister. You would never guess that these ladies were separated by hundreds of miles and infrequent visits judging by the giggles that ensued when the three of them were in a room together — it was truly heartwarming to hear. In the early 60\’s, as Cece was making her way from Kenora to Lethbridge, a young man named George Komanac from Croatia was also on a journey, looking for a place to settle down. To quote one of her favorite movies, \”of all the gin joints, in all the towns in all the world\” these two crazy kids found each other and began to build a beautiful life together. Cece and George had 4 children: Les, Lorelei (Russ Kramer), Len and Luana (Doug Leys). Her love for them was unmatched only by the love shown to her grandchildren: Cassaundra (Tony Fayant), Troy Komanac, Lesley-Anne Komanac, Meghan Kramer and Jack Leys; and her 2 great grandchildren: Eden and Remy Fayant. Cece was an incredibly creative and talented individual. She had an uncanny ability to pick up any musical instrument and play a tune. She made us all laugh with her silly rhymes, songs and nicknames, and we had the best dressed Barbies and Halloween costumes thanks to her sewing skills. She loved to watch old movies, listen to good ol\’ rock and roll, read and do crosswords. Cece lost many loved ones along the way, including her father, mother, her oldest son Les, and her niece Dianne Fleischhauer – not to mention many aunts and uncles and cousins that she was very close to. It seemed as though the more she lost, the greater she loved. Her love surpassed blood ties and she treated many of our friends as though they were part of the family. Her light will continue to shine in all of us who were lucky enough to have her in our life. At Cecilia\’s request, her family will host a celebration of life on November 29th, at Country Kitchens (lower level of The Keg). Please drop in between 11am and 3pm to share your favorite memories. In lieu of flowers, donations can be made to the Canadian Cancer Society or St. Michael\’s Health Care Center.