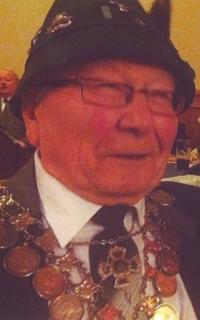 1933-2014
Mr. Herbert Fromm of Lethbridge, beloved husband of Mrs. Lori Fromm, passed away on November 9, 2014 at the age of 80 years. He leaves behind his treasured \”girls\” Lori, Nicole, Kirby (Shael), and Regina (Frank). He was born in Germany and immigrated to Canada, making his home in Lethbridge. In the early years, Herbie worked various jobs until he found his place at National Salvage. He worked there as a welder for 28 years and enjoyed the diversity his job offered and the creativity it allowed. He went on to CEP Automotive and then to Midwest Pump, from which he retired after 15 years. He truly enjoyed the friendships he had with his co-workers. One of his proudest moments was when Prime Minister Pierre Elliot Trudeau lit the torch he had built to open the 1975 Canada Winter Games. That torch is still outside the Enmax Centre today. When he was no longer able to work, Herbie picked up a paintbrush and showed all of his creative side through his many beautiful oil paintings. He was an avid sports fan and seldom missed a Hurricanes Hockey Game. He attended a soccer game with Nicole in Nuremberg, Germany. This was definitely a highlight of their trip. The World Cup Soccer tournament this year had him cheering for weeks. Herbie was a founding member of the German Canadian Club, where he actively enjoyed many of the festivities. A Kaffeeklatsch will be held at 2:00pm to 4:00pm on Sunday, November 16, 2014 in memory of Herbert at the Coast Lethbridge Hotel, 526 Mayor Magrath Dr. S., Lethbridge, AB. In lieu of flowers, donations can be made to Fifth on Fifth Youth Services, 435 5 St S, Lethbridge, AB, T1J 2B6. Send condolences at www.mbfunerals.com.