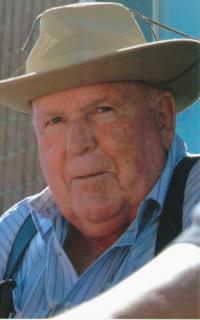 Jim passed away suddenly at his home in Pincher Creek, Alberta on November 15, 2014 at the age of 79 Years. He leaves behind his loving wife Roberta of 59 years, his daughter Debra (Terry) Sorge, his son James (Kari) Zieffle and son -in-law Jeff Grogan. Jim also had 5 granddaughters Lindsay, Heather, Cassie, Sydney and Charmaine and 7 great grandchildren. Jim was predeceased by his daughter Cindy and infant grandson Bryan, mother Alice, father Emil and brother Don. Jim was born September 27, 1935 in Pincher Creek where he resided all of his life. Jim was a long term employee at Waterton Lakes National Park at a job that he dearly loved, to live and work in close proximity to mountains and beautiful vistas. Fishing, hunting and trapping captured his early interests. As he got older photography, bird watching, reading and making willow cones became his hobbies, fishing remained a constant. Jim was a loving father and grandfather; nothing gave him greater pleasure than his family. He will be sorely missed. A Memorial Service will be held at 2:00 P.M. on Friday, November 21, 2014 at PINCHER CREEK UNITED CHURCH, 972 Police Ave., Pincher Creek, AB with Reverend Brent Woodard, Officiating. Memorial Donations may be made in Jim’s name to S.T.A.R.S, Box 570, 1441 Aviation Park N.E., Calgary, AB, T2E 8M7 or the Alberta Children’s Hospital Foundation, 2888 Shaganappi Trail N.W., Calgary, AB, T3B 6A8.