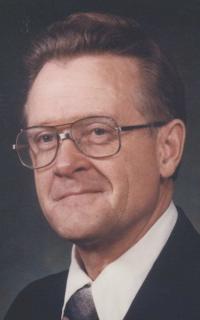 MARVYN WILLIAM HOGENSON, beloved husband of Hilda LaVeeda (Larson) Hogenson, quietly departed this life on November 22, 2014 in the Cardston, Alberta, hospital. Marvyn taught art and French at the Lethbridge Collegiate Institute for several years, and then moved to the Lethbridge Community College where he taught until he retired in 1989. He received his B.Ed. from the University of Alberta; his B.Sc. from the University of Lethbridge and his Master’s Degree from the BYU. He was always active in the LDS Church where he served in many different capacities over the years. Perhaps his favorite calling was as a bishop in Stirling. He loved to work, and he loved people. As a young man, he served a mission in France and after his retirement in 1990, he and his wife served missions in Madagascar twice and once in Zaire. Marvyn loved art. He taught at the Lethbridge Sketch Club, and sold his beautiful painted scenes across Canada and in the United States. Marvyn leaves to mourn five children: Nita (Rand) Patterson, Saratoga Springs, Utah; Allan (Sharon) Hogenson, Calgary; Kevin (Shawna) Hogenson, Stirling; Dr. Eric (Jana) Hogenson, Spanish Fork, Utah; and Daryl Hogenson, Provo, Utah. He leaves 25 grandchildren and 14 great grandchildren. His daughter Linda preceded him in death on December 15, 1987. His kind, friendly presence will be missed by his family and many friends. The Funeral Service will be held at The Church of Jesus Christ of Latter-day Saints, Stirling, Alberta (413-3rd St.) on Wednesday, November 26th, 2014 at 11:00 a.m. with Bishop Lamar Wilde officiating. Interment in the Stirling Cemetery. Friends may meet the family at the Church from 10:00 to 10:45 a.m. prior to the Service.Email your condolences to: legacycardston@gmail.com.

One Condolence for “HOGENSON Marvyn”