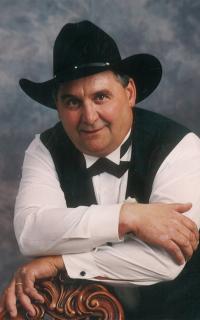 April 6, 1948 – November 19, 2014
JOSEPH DON SMITH, beloved husband of Mary Smith, of Nobleford, Alberta, passed away suddenly, on Wednesday, November 19th, 2014 at the age of 66 years. Besides his loving wife he is survived by his family; Rennie & Rita Smith of Stoney Plain, AB, Harold & Sylvia Boser of Sherwood Park, AB, Myrna & Phillip Stewart of Lunenburg, Nova Scotia. His children Charlie & Gloria Smith of Regina, Sask. Jonathon Smith of Medicine Hat. Arthur (AJ) Smith of Calgary, Alberta. Rosalyn Smith of Calgary, Alberta. Ken & Elisa Rogers of Calgary, Alberta. Jenn Rogers & Joe Whalen of Nobleford, Alberta. Joe also leaves behind his precious Grandchildren, Morgan Phillips of Nobleford, Alberta, who was his little girl and Best Friend. Jazmin Smith, Christopher Smith, and Samantha Smith of Sask, Laura and Riley Rogers of Calgary, Alberta. As well as special friends whom were like family. Marlowe & Darlene Smith & Family of Lethbridge, Alberta. Dick & Olive Metz & Family of Coalhurst, Alberta. Many co-workers past and present, countless friends throughout Canada and U.S.A. At the time of Joe Sudden Passing he was employed by Marlowe Smith Trucking, whom he spent many great years working for. Joe Was the eldest of 4 children born to Charlie and Adeline Smith (Beck) of Altario, Alberta. He was predeceased by his parents, step dad, grandparents, many aunts, uncles. Joe loved living on the farm and fixing things, but at a certain age he decided to test his wings and started exploring Canada, ending up in Ontario where he stayed for some time before heading back to Alberta where he worked various jobs, but always went back to trucking. Joe resided in the Lethbridge area since the late 1970’s and most of that time was spent driving truck. He had a passion for sharing travelling trucking stories throughout Canada and USA. And was extremely proud of the fact that he was able to put his toes in 3 Oceans. Joe loved to tease and or scare anyone, which usually ended up with him chuckling and saying "Ha Ha Gotch Ya" Joe was always capable of making people smile and laugh. Joes presence will be sadly missed by all who knew him. May you continue on your journey "Papa Joe" your memory will live on in our hearts forever. Love you and Miss You. A Celebration of Life will be held at CORNERSTONE FUNERAL HOME – 2800 Mayor Magrath Drive South, Lethbridge, Alberta on Friday, November 28, 2014 at 1:00 P.M. with Reverend Trevor Potter Officiating. Burial to follow at Archmount Cemetery.

One Condolence for “SMITH Joseph”