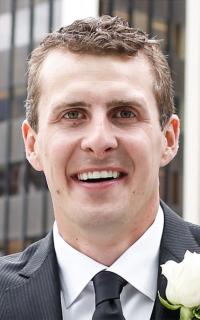 1985 ~ 2014
After a courageous battle against cancer, Marcus Karpati passed away peacefully at the age of 29 years, on November 23, 2014 at the Foothills Medical Centre in Calgary, Alberta surrounded by his family, in the arms of his loving wife. Marcus was born on August 4, 1985 in Victoria, British Columbia to Julius and Joan (Broadhead) Karpati. Marcus graduated from Spectrum Community School in Victoria in 2003. After high school, he attended Camosun College in Victoria for one year before transferring to the University of Lethbridge where he received both a Bachelor of Arts and a Bachelor of Education. Marcus had a passion for teaching, and he began work for the Lethbridge School District as a teacher for five years in several schools, most recently Fleetwood Bawden, before he had to take a leave due to his illness. Moving to Lethbridge allowed Marcus to not only pursue an education, but to participate in University level soccer, and he was a proud member of the University of Lethbridge Pronghorn soccer team for five years, and then went on to coach with the program. Soccer opened many doors for Marcus, and he developed many deep and lasting friendships while in the program. This is also where Marcus met his wife, Kathy. They were together for five years and married on a beautiful day in Calgary on July 27, 2013. Marcus and Kathy shared many wonderful memories in their time together and were able to find a great source of comfort and joy in those memories and in each other throughout Marcus’ battle. Marcus is survived by his loving wife Kathy (nee: Curtis) of sixteen months; his parents Julius and Joan (Broadhead) Karpati of Calgary; his sister Sarah (Bo) Hill and nephew Brant Marcus of Calgary; his grandma Eileen Broadhead of Victoria; his papa Gyula Karpati of Victoria; his father and mother-in-law Larry and Sue Curtis of Calgary; his sister-in-law Melissa (Mark) Henderson and their children, Parker and Taylor of Lethbridge; and countless friends from all parts of Marcus’ life. Marcus’ family would like to extend a very special thank you to our oncology team led by Dr. J. Easaw at the Tom Baker Cancer Center, and the wonderful staff of Unit 46 at the Foothills Medical Centre who provided Marcus with the most amazing care during our stay. A Memorial Service will be held on Saturday, December 6, 2014 at 3:00pm at MARTIN BROTHERS RIVERVIEW CHAPELS, 610 4th St S, Lethbridge AB. If friends so desire, in lieu of flowers, memorial donations in Marcus’ name are welcome at the Alberta Cancer Foundation at 1 A129, 960 19 St. S., Lethbridge, AB, T1J 1W5 (https://albertacancer.ca/donate/in-memory), or to two causes at the University of Lethbridge; the development and maintenance of Karps Korner; a playground space in Marcus’ honour, or the MK4 Men’s Soccer Alumni Scholarship honouring honesty, hard work, and loyalty. Donations for either may be made to the University of Lethbridge Men’s Soccer; University of Lethbridge Athletics Department, 4401 University Dr W, Lethbridge AB T1K 3M4. \”What though the radiance that was once so bright, be now forever taken from my sight. Though nothing can bring back the hour of splendor in the grass, of the glory in the flower; we will grieve not, rather find strength in what remains behind.\” – William Wordsworth. Send condolences at www.mbfunerals.com.

One Condolence for “KARPATI Marcus”