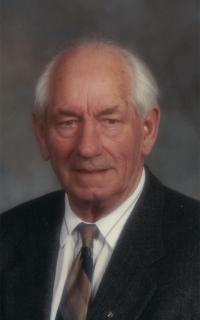 1928 ~ 2014
Mr. Willem Doeve of Lethbridge, beloved husband of Mrs. Trientje Doeve, passed away on December 1, 2014 at the age of 86 years. Bless the Lord, O my soul; and all that is within me, bless His holy name. Bless the Lord, O my soul, and forget not all His benefits. Ps 103:1+2. Willem was born in Erica, Drenthe, Netherlands on November 10, 1928. He was the fifth child of seven children born to Pieter and Geesje (DeGraff) Doeve. Willem married Trientje Stoffers on October 20, 1953 and in March of 1954 they immigrated to Canada, arriving in Matsqui, BC. They bought a farm and moved to Agassiz, BC in 1960 where they raised their six children. It was also in Agassiz where Willem was instrumental in getting the Christian Reformed Church and Christian School started. In 1981 they sold their farm and moved to Coaldale, AB. Willem enjoyed his long life with his children, grandchildren, and great-grandchildren. We Praise the Lord for his Life. Besides his loving wife Trientje, Willem is survived by his children Grace (Les) Apps, Henry (Carolyn) Doeve, Janet Doeve, John (Brenda) Doeve, Marian (Bill) Vandebeek and Geoff (Karla) Doeve; 17 grandchildren; 22 great-grandchildren; 3 sisters in the Netherlands; as well as numerous nieces, nephews and their families. A Visitation will be held from 7:30 — 8:30pm on Thursday, December 4, 2014 at MARTIN BROTHERS RIVERVIEW CHAPEL, 610-4 St. S., Lethbridge, AB. A Funeral Service will be held at 1:00pm on Friday, December 5, 2014 at TRINITY UNITED REFORMED CHURCH, 1100 40 Ave. N, Lethbridge, AB, with Rev. Hank Vander Woerd, officiating. Interment at Royalview Cemetery will follow, with Reverend Wybren Oord, officiating. Send condolences at www.mbfunerals.com

One Condolence for “DOEVE Willem”